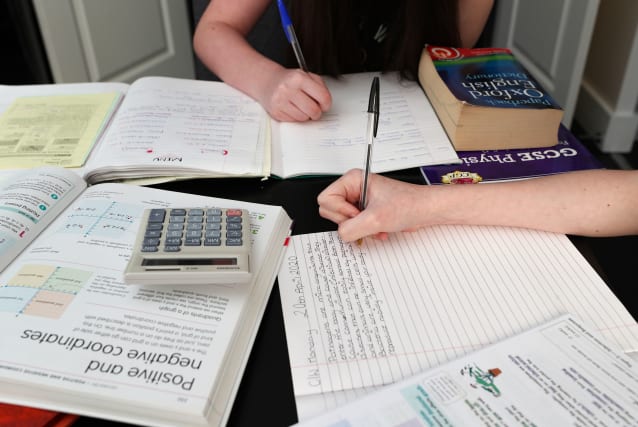 School closures during the Covid-19 lockdown could leave disadvantaged children with a “learning loss” of up to six months, social mobility experts have warned.

The Government should support the idea of a national tutoring service where university graduates help children catch up with education missed during school closures, academics at the universities of Exeter and London School of Economics (LSE) have urged.

It comes after Tory MP Robert Halfon, chair of the Education Select Committee, called for an “army” of volunteers to be set up to support disadvantaged pupils when the lockdown ends.

In an open letter to Education Secretary Gavin Williamson, 55 northern MPs and peers have said action is needed to prevent disadvantaged children from falling behind when schools reopen.

They urge the Government to provide funding for tuition for poorer pupils in England as they warn the attainment gap and “the north-south education divide” will widen amid lockdown.

Lee Elliot Major, professor of social mobility at the University of Exeter, and Stephen Machin, professor of economics and director of the Centre for Economic Performance at LSE, reviewed existing research on the impact of learning loss over summer holidays to estimate the potential gap.

Disadvantaged pupils could experience learning losses of between four and six months if Covid-19 school closures last several months, the researchers have estimated.

Prof Elliot Major said: “We are concerned about the impact of school closures on disadvantaged families and it is likely during this period of lockdown some middle-class children will have benefited from extensive use of private tutoring, which will exacerbate education gaps further.

“We are also concerned poorer pupils are under-predicted in GCSEs and A-levels, and students due to take exams next year will struggle with learning losses and being unable to attend university access schemes in person.”

Previous analysis shows some low-income pupils in the United States were as much as three months behind their better-off peers in reading achievement after the long summer break.

Earlier this month, social mobility charity Sutton Trust, where Prof Elliot Major used to be CEO, called for high-quality online tuition for all disadvantaged pupils to be funded through a voucher scheme or through a network of quality-assured tutoring providers.

A briefing paper, prepared by Prof Elliot Major for policymakers, recommends that teachers should decide which pupils would benefit from tutoring.

It could be paid for from pupil premium funding and run by organisations with a track record in supporting schools, with a senior teacher in each school championing the support.

Prof Elliot Major added: “We believe there is an opportunity for Government to back a coalition of tutoring charities, universities, students and schools who could work together to tackle stark education gaps in the wake of the Covid-19 school closures.”

It came as a letter from the Northern Powerhouse Partnership, signed by MPs and peers, called for a “catch-up premium” of at least £300 million across England – which would amount to £700 for every secondary school pupil on free school meals – to fund “timely interventions which would require around 30 minutes of tuition, three to five times a week over a six to 12-week period”.

Mr Williamson is due to appear before the Education Select Committee on Wednesday to face questions about the Government’s response to the coronavirus outbreak.

A Department for Education spokesman said: “We will do everything possible to make sure no child, whatever their background, falls behind as a result of coronavirus.

“The Government has already committed over £100 million to support remote education, including providing devices and internet access to those children who need it most.

“Schools are also continuing to receive additional funding in the form of the pupil premium – worth around £2.4 billion annually – to help them support their disadvantaged pupils.

“The department is considering, with a range of partner organisations, how best to support all pupils to make up for time out of school.”