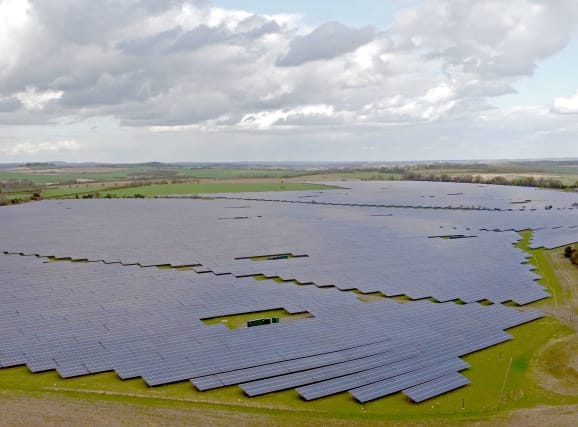 Great Britain has set a new record for the longest run of coal-free electricity generation as the fossil fuel continues its decline, grid operators confirmed.

Lockdown measures have driven a drop in demand and frequent sunny and windy spells in recent weeks have spurred high levels of renewables, helping to keep coal generation off the system.

The previous record of 18 days, 6 hours and 10 minutes, which was set in June last year, was broken at 6.10am on Tuesday, the National Grid Electricity System Operator (ESO) said.

It marked more than 438 hours and 10 minutes since the last coal generator came off the system at midnight on Thursday, April 9.

The measures to shut down the country to prevent spread of coronavirus have seen an increase in domestic consumption, as people stay home, but that has been outweighed by reduced industrial demand.

And renewables have seen record levels of generation, with a new record set for solar power, of 9.68 gigawatts of power from solar panels at 1.30pm Monday, April 20.

Analysis by energy and climate website Carbon Brief has calculated that during the record coal free run, renewables have been the largest source of electricity, producing 37% of Britain’s power.

Just under a third (32%) has come from gas, 22% from nuclear and around 9% has been imported from France, Belgium and the Netherlands.

In April 2020 to date, power demand has been almost a fifth lower (18%) than it was in the same period last year.

Carbon dioxide emissions from electricity generation in Great Britain in April are down more than a third (34%) compared to what they were for the same period last year and are down more than half (51%) on the five-year average, Carbon Brief said.

Coal has played an increasingly small role in Britain’s power mix in recent years, with a Government target to phase it out altogether by 2024, and saw its share of generation fall to just 2% last year.

The coal free run is currently still going, with National Grid ESO saying it does not expect to bring any coal generation on to the system on Tuesday.

Fintan Slye, director of ESO, said: “2020 is shaping up to be a record-breaking year for Great Britain’s electricity system, and I’ve little doubt we’ll see more exciting developments as the growth and performance of renewables continues to transform our grid at an astonishing rate.

“Within a matter of days we’ve seen a new solar generation record, and the longest period of coal-free operation in Britain.”

Earlier in the year, February became the greenest month on record for UK electricity generation, with the average amount of carbon pollution per kilowatt hour of power consumed falling to new lows.

He said milestones like the latest coal-free run show Great Britain is leading the world in the shift to “net zero”, where greenhouse gas emissions are cut to zero overall.