Young child being carried among new migrant arrivals at Dover 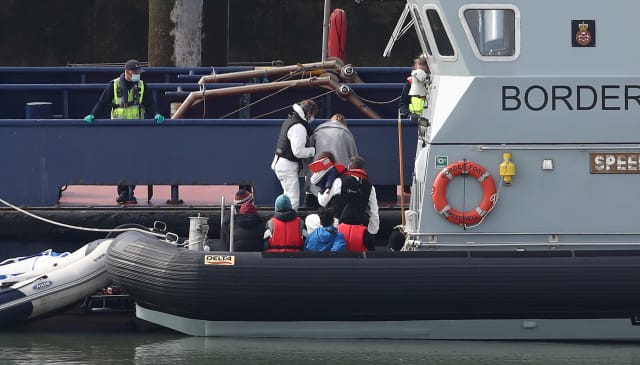 A young child wearing a blue jacket was among the latest suspected migrants to be brought ashore at Dover on Monday morning.

Pictures taken at the port show the new arrivals being assessed by UK staff wearing facemasks.

It comes after at least three children were seen being brought ashore after making the death-defying Channel crossing on Friday.

The dangers of the crossings have been described as “heartbreaking” by charity Refugee Action which is calling for safe and legal routes for migrants.

A number of boats are believed to have been brought ashore at the Kent Port on Monday morning.

One suspected migrant, wearing a green jacket with a panda on it, was seen being processed by UK staff, who appeared to be holding an ear thermometer.

Migrants brought ashore are not tested for Covid-19 but are assessed for symptoms, the Home Office says.

The Border Force cutter has been out in the English Channel this morning, the PA news agency understands.