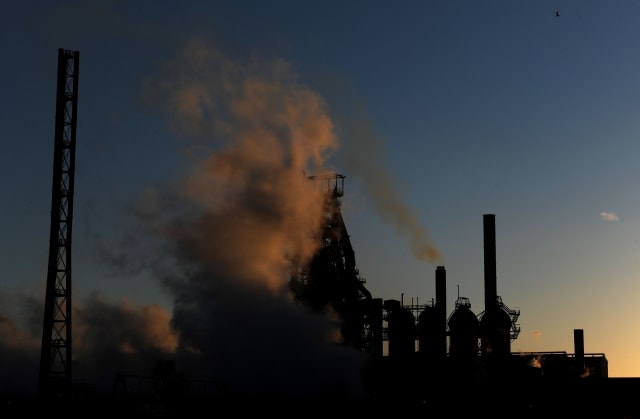 The First Minister of Wales has called for help from the UK Government to ensure the British steel industry survives the coronavirus crisis.

Mark Drakeford said the Welsh Government was committed to supporting Tata Steel, which employs around 4,000 people at the Port Talbot steelworks in South Wales.

Reports at the weekend suggested Tata Steel had asked the UK Government for a £500 million funding package to help it through the Covid-19 pandemic after many of its customers, such as car manufacturers, halted production during the crisis.

It has also emerged that Airbus, which has a factory in North Wales, was warning it was “bleeding cash” due a collapse in the airline industry.

The First Minister said the coronavirus pandemic was not just a health crisis but was also an economic crisis.

“Employers who the Welsh Government has very close and ongoing contact with all the time.

“On Tata, we were in discussions with the company last week. The company continued to emphasise to us how important Port Talbot is to them.

“We always demonstrated our willingness to support the steel industry. We were there with practical help in 2016 when there was a crisis in steel production.

“The scale of the global challenge to steelmakers everywhere means that the UK Government has to step into this space.

“There will be things that can be done locally and the Welsh Government is committed to going on working with the company to provide the help that we can provide and we were talking to them about that last week.

“The global nature means that local solutions themselves will not be sufficient and the UK Government and Tata’s initial correspondence was aimed at the UK Government, they have to step into this space.”

Mr Drakeford went on to describe Airbus as a “flagship” company in the north of the country but said solutions “go far beyond Wales”.

“We will play our part, but we need a solution that addresses the global nature of the problem.”

The Government has introduced a Coronavirus Large Business Interruption Loan Scheme, which offers loans of up to £50 million to UK-based businesses with a turnover of over £45 million.

A Government spokesman said: “The Government has put together a far-reaching package of support to help businesses through the coronavirus pandemic.

“We continue to regularly engage with businesses across all sectors, including those in the steel industry.”

A Tata Steel spokesman added: “We continue to work with both the UK and Welsh governments to identify what support is available.”