Spitfire salute for Captain Tom sidelined due to crowd fear 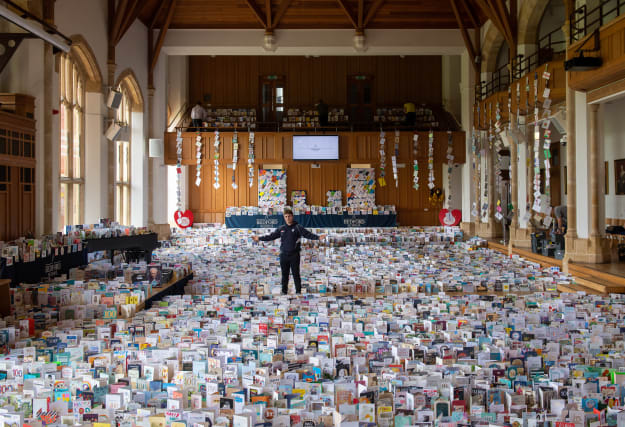 A planned Spitfire flypast for Captain Tom Moore’s 100th birthday has reportedly been cancelled for fear it will attract crowds during the coronavirus lockdown.

The aerial salute over Capt Moore’s Bedfordshire home had been planned for Thursday, involving a Mark 9 Spitfire named The Spirit of Kent.

However, the Department for Transport – concerned the flight would draw too many spectators after the intense publicity Capt Moore has garnered for his recent fundraising – has deemed it non-essential travel.

Instead, the restoration company behind the idea, Biggin Hill Heritage Hangar, will fly The Spirit of Kent on a circuit around the Biggin Hill airfield at 8pm on Thursday, to coincide with the nation’s weekly “Clap for our Carers” event, The Daily Telegraph reported.

The flight will not need the Department for Transport’s permission as it will stay within Biggin Hill’s air traffic zone restrictions, flying within a five-nautical mile diameter around the airfield, in London’s south-east outskirts.

Its planned circuit will take it over the edge of the Princess Royal University Hospital, allowing another gesture towards patients and staff.

“That way they can see a Spitfire and we can do a salute to the people of the NHS,” Alex Monk, from Biggin Hill Heritage Hangar, told the Telegraph.

Capt Moore has raised £29 million for the NHS by walking laps of his garden ahead of his birthday.

Meanwhile, a school in Bedfordshire has been flooded with more than 125,000 cards from well wishers across the globe for Capt Moore’s birthday.

Famous names including the Duke and Duchess of Cambridge, Dame Kelly Holmes and England football captain Harry Kane were among those to send cards to the Bedford School, where Capt Moore’s grandson, Benjie Ingram-Moore, attends.

The 16-year-old said: “The volume of cards that have been sent to granddad is just astonishing. So many of the cards are truly heartfelt with thousands from young children who have taken the time to use their artistic talent and write a personal message.

“Another £60,000 has been generously been donated via his birthday cards.

“It means a lot to granddad as well as us as a family. We are hugely proud of how the nation has taken granddad to its heart. Words can’t express how much I idolise him.”

Captain Tom was originally planning to mark his centenary with a family party but the celebrations have been put on hold due to the coronavirus pandemic.

In another tribute to Capt Moore, all mail sent from Monday will be stamped with a special postmark in his honour.