Scientists ‘working to timeline of three months’ for antigen test 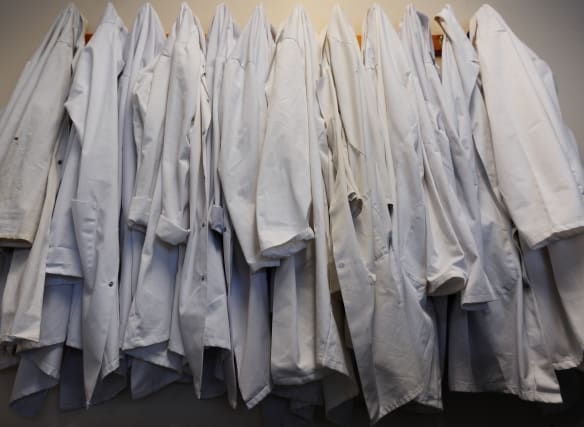 Scientists are working on a three-month timeline for a Covid-19 antigen test.

A consortium of researchers which is striving to develop a test which can accurately identify which people have had the disease is working to a three-month timescale to have a test ready for mass production.

It comes after a team at Oxford University identified an antigen that is being used as “the basis of the test”, said Dr Mario Gualano, chief executive of BBI Solutions, which is part of the consortium.

“So, as a consortium where we’re pulling together the various components of a test,” he told BBC Radio 4’s Today programme.

“I think the analogy you would use probably is building a car, and in order to do that successfully you have to have all the individual components working very well in their own right, but also crucially making sure that they all work well together in order to deliver the required performance.

“And without oversimplifying matters, I think in this case we see the antigen is really the engine of the test and we’ll build the rest of the capability around that.”

On the antigen identified by the Oxford team, he added: “Well, we believe the antigen is good at picking up convalescent sera, i.e. serum from people that have been identified and are therefore are assumed to have some sort of immunity.

“It typically takes nine to 12 months to develop a test like this and we’re looking at really driving that development in a much shorter time frame.”

Dr Gualano said it was difficult to put a specific timeline on the availability of the test, but added: “We’re certainly working to a timeline of three months, and hoping that we would be able to develop the test and have something available to go into production at that time.”

In a scientific brief published over the weekend, the World Health Organisation (WHO) addressed the issue of “immunity passports” – which suggest that people who have had the illness in the past are protected against reinfection.

But the global health body warned: “There is currently no evidence that people who have recovered from Covid-19 and have antibodies are protected from a second infection.”

It added: “At this point in the pandemic, there is not enough evidence about the effectiveness of antibody-mediated immunity to guarantee the accuracy of an ‘immunity passport’ or ‘risk-free certificate’.

“People who assume that they are immune to a second infection because they have received a positive test result may ignore public health advice.

“The use of such certificates may therefore increase the risks of continued transmission.”