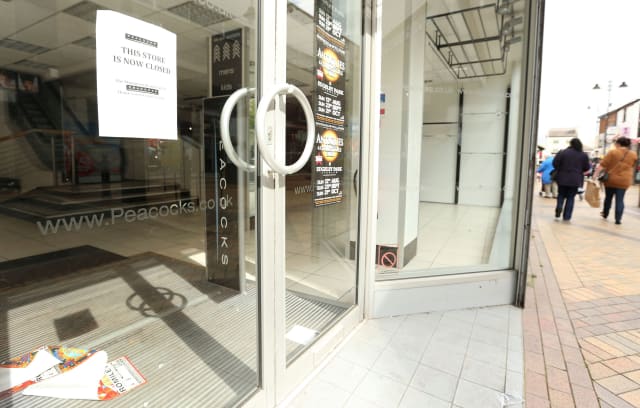 Around £2.4 billion of contracts in Bangladesh have been cancelled by some of the UK’s biggest high street retailers, according to documents seen by ITV News.

The figure was reported by the Bangladesh Garment Manufacturers and Exporters Association.

Companies including Asda, Sports Direct, New Look, Arcadia, Peacocks and Urban Outfitters are named as some of those that have cancelled orders.

Bangladesh has been particularly hard hit by the coronavirus lockdown, with more than a million workers in the garment industry already thought to have lost their jobs.

Last week, Primark said it would be honouring contracts, despite remaining closed, putting pressure on rivals to follow suit.

Supermarkets including Morrisons and Marks & Spencer have launched campaigns to ensure UK dairy farmers are supported during the lockdown.

Rushanara Ali, the UK’s trade envoy to Bangladesh, has written to Chancellor Rishi Sunak naming the retailers and calling for them to pay for work already completed.

Ms Ali said: “These companies, among others, have refused to pay what amounts to £2 billion-worth of contracts to garments companies in Bangladesh, leaving millions of people unemployed and their families at risk – and that means millions of people could lose their lives not because of the virus but starvation, and that is unacceptable.”

Peacocks owner Edinburgh Woollen Mill confirmed it had cancelled some orders from Bangladesh, but did not say how many.

Some suppliers will be paid only after the clothes are sold, others will get half of what they are owed.

New Look said it had cancelled 20% of orders from Bangladesh, holding on to £6.8 million, although it told ITV News it has reinstated some orders.

A spokesman said: “We regrettably had to inform suppliers we could not place new orders and would be temporarily postponing outstanding payments. We only did so out of absolute necessity. We have started making some supplier payments where we are able to do so.”

Asda said 5% of orders from Bangladeshi suppliers would not be met, but it would pay 60% of the agreed price.

A spokesman said: “We have and will be paying for over 95% of our annual orders as per the existing terms and conditions agreed with the suppliers involved.

“The 60% payment is for the 5% of orders we aren’t able to take, payable within seven working days, significantly faster than usual terms for the fashion industry.”

Sports Direct, Arcadia and Urban Outfitters did not reply to requests for comment from ITV News.