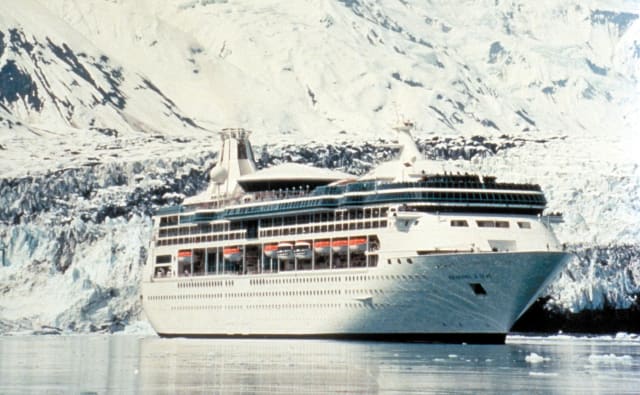 An MP has called on the Government to set out its plan to bring home British nationals stuck abroad.

The call by Stephen Morgan, Labour MP for Portsmouth South, comes as cruise ship entertainer Harriet Taylor has made a plea to return to the UK after being stuck aboard Royal Caribbean’s Rhapsody of the Seas for more than six weeks.

The 24-year-old from Southsea, Hampshire, is one of 800 crew still aboard the liner which is anchored off Tampa, Florida. On March 14 all those on board were put into quarantine after seven people were taken sick with Covid-19 symptoms.

Guests had already evacuated from the ship, but Ms Taylor has said that non-essential crew members have been quarantined to their rooms for weeks and they are only allowed out for two 45-minute breaks a day.

Ms Taylor told the Portsmouth News: “As you can imagine thousands of miles away from home, in the middle of the ocean, with no human interaction for numerous days in this scary pandemic we are living in is terrifying, lonely and most of all boring.”

Calling for help for her and 11 other Britons on board to return home amid strict flight restrictions from the USA, she said: “I just want to be on land, safe with the people I love. As much as you’d like to leave your houses, I would like to enter mine.”

Mr Morgan said: “I can confirm I am taking action over a constituent stranded aboard Rhapsody of the Seas and doing everything in my power to help them and their family at this challenging time.

“This includes writing urgently to the Foreign and Commonwealth Office about the case and requesting assistance in securing their repatriation.

“I have also raised shared concerns with the shadow foreign secretary who will ensure that the case is discussed as a priority.

“I am dealing with dozens of constituents stuck abroad, many have told me they feel abandoned by Government.

“Worried families are at their wit’s end. I am hearing from vulnerable people needing to get back to loved ones, and other travellers running out of essential medical supplies.

“As well as urgently helping on this individual case, we need Government to set out a comprehensive, fully-funded plan to bring our British nationals home. That’s what Britons stuck abroad deserve, and their loved ones back home expect.”

A spokeswoman for Royal Caribbean International said: “We have no higher priority than keeping our guests and crew safe, healthy, cared for and well-informed.

“We have at all times worked in close coordination with Government and health authorities and are grateful for their guidance.

“We are working with all appropriate authorities to ensure the safe return home of all our crew members.”