Man in custody after ‘firearms incident’ siege in West Bromwich 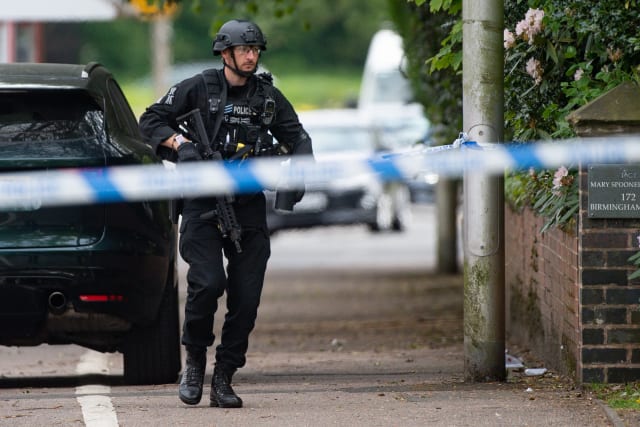 A 53-year-old man has been arrested after barricading himself into a flat, sparking an overnight stand-off involving armed police.

West Midlands Police said the suspect was arrested at about 2pm on Monday – after specialist negotiators were sent to the scene in West Bromwich.

The man has been arrested on suspicion of making threats to kill and is being taken into custody for questioning.

In a tweet confirming news of the arrest, the West Midlands force said: “In the last few minutes, we’ve arrested a 53-year-old man who barricaded himself into a flat on #BirminghamRoad in #WestBromwich.

“A cordon remains around the premises. Residents who’d been evacuated as a precaution will now be allowed back home.”

Officers were called to the address on Birmingham Road on Sunday night following reports of a firearms incident.

Neighbouring flats were evacuated as a precaution after the man refused to leave the address.

Officers closed off Birmingham Road at the junction of Beeches Road and Bagnall Street during the incident.