Housebuilder Redrow following rivals back to work after Covid-19 shutdown 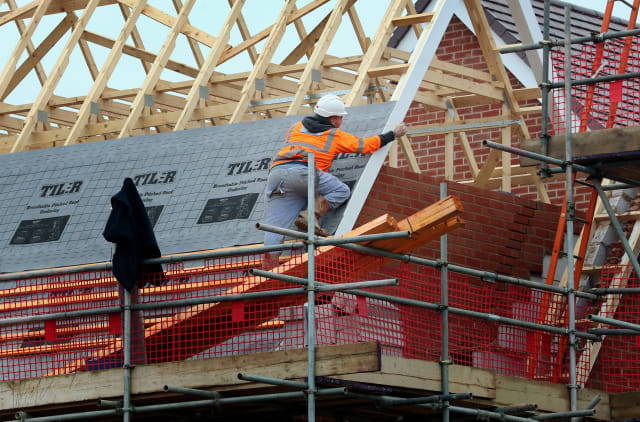 Another of Britain’s biggest housebuilders has announced plans to reopen its building sites in May, after a pause to limit the spread of coronavirus.

Redrow, which has more than 100,000 homes to its name, will start mobilising again from May 11, the company revealed on Monday.

The business has been closed from March 27, around the same time as many of its main rivals also closed their doors.

Just two weeks ago, Redrow boss John Tutte said he did not expect work would restart until July.

“There’s likely to be a fairly prolonged period of no activity,” Mr Tutte told the Financial Times.

However, well over a month ahead of that schedule, Redrow builders will now pick up their tools from May 18, after a week of mobilisation, Redrow said.

Bosses are satisfied their builders will be able to meet the Government’s requirements on social distancing while on-site.

They have set up an online course for staff on what precautions to take. There will also be dedicated Covid-19 supervisors on site, signage and personal protective equipment.

Executive chairman John Tutte said on Monday: “The safety and welfare of our workforce and customers is our main priority.

“I am grateful to my colleagues and our supply chain partners for the exceptional work they continue to undertake to ensure we can make a measured, responsible and safe return to work next month.”

However, some time still remains before things return to normal for the sector, Redrow warned on Monday.

The Government is still advising buyers to delay moving into a new home.

“We will be guided by our customers to judge if it is safe for them to move,” Redrow said.

Redrow expects to have around £200 million in net debt by the end of June, it said. It it able to tap into £350 million in agreed loans from its banks, if needed, and has been accepted by the Bank of England’s support package, which could give it another £300 million in loans.

Redrow has an order book of more than £1.3 billion, £900 million of which is already contracted.