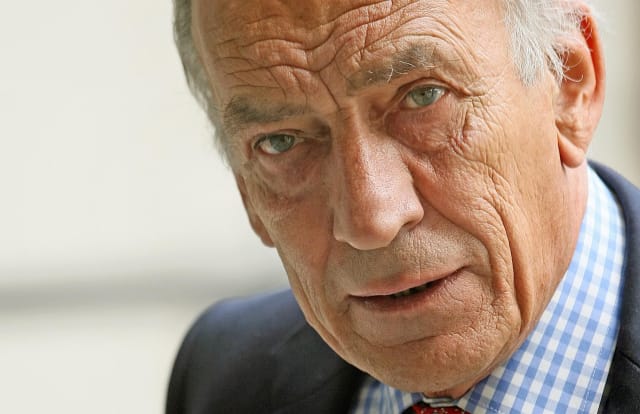 A former Army chief has compared the Government having to make decisions on coronavirus lockdown with “a D-Day moment”.

General Sir Mike Jackson said he does not “underestimate” ministers having conversations on when to relax social distancing restrictions.

He told the Radio Times: “It will get harder and huge calls are going to have to be made, not only in Britain but also by every government, as to the degree of relaxation set against the risk of a so-called second wave and yet more deaths.

“It is almost a D-Day moment.”

General Sir Mike was chief of general staff from 2003 until his retirement in 2006 after almost 45 years of service.

He added: “I do not underestimate the gravity of the decisions facing HMG.”

The former top brass also praised the public’s reaction to the ongoing measures, and likened it to war-time behaviour.

In the interview to commemorate the 75th anniversary of VE Day, he told the magazine: “I have the view that people aren’t stupid, they understand what’s at stake and are prepared to put up with a complete lockdown on their lifestyle and, in some cases sadly, their employment, for the greater good.”

The Prime Minister has acknowledged the pressure to lift some of the measures restricting people and businesses.

Speaking on Monday, Boris Johnson said: “I want to get this economy moving as fast as I can but I refuse to throw away all the effort and sacrifice of the British people and to risk a second major outbreak and huge loss of life.”

He has indicated that relaxing the measures will be a gradual shift and said in his speech: “In that process difficult judgments will be made and we simply cannot spell out now how fast or slow or even when those changes will be made.”