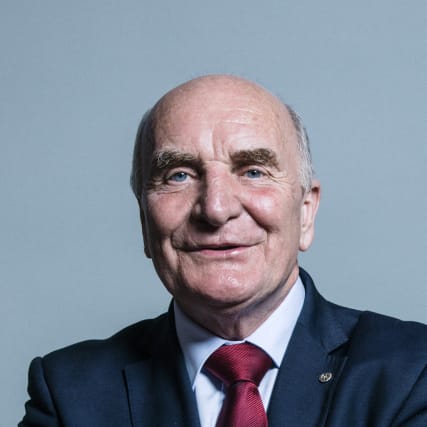 Former MP Stephen Pound breached Parliament rules after accepting money in exchange for holding events in Westminster over a seven-year period, an investigation has concluded.

Parliamentary commissioner for standards, Kathryn Stone, found Mr Pound had received remuneration for hosting events on Parliament’s grounds between 2012 and 2019, totalling between £10,000 and £14,000.

Private events on the estate are not permitted.

On receiving these payments, Mr Pound, who stood down from the House of Commons in December, donated corresponding sums, after tax, to charities of his choice.

The events were tours, talks or seminars for two US universities and for Dods training.

Ms Stone forwarded the matter to the Commons Committee on Standards, stating that she could not deal with the breach through a rectification procedure – which entails publishing the details and an apology on the Commons website – “because of the length of time over which these payments were made and the number and total value of these payments”.

In written evidence to the committee, Mr Pound, a Labour MP for 22 years, apologised “wholeheartedly and without reservation” to the committee “for what was an inadvertent but undeniable breach”.

The ex-Ealing North representative said: “I ceased the activities immediately on being made formally aware of the breach.

“In hindsight I realise that I should have been more diligent when a former colleague, now deceased, asked me to take over the arrangements that he had established and I accept my culpability.

“Although I made no personal gains from any of the colloquiums or tours and was able to financially assist many local Scout and Guide groups in my former constituency, as well as many faith and community groups, I do not resile from the full and frank admission of the breach.”

The committee said that it accepted that, while the breaches took place on a number of occasions, his actions “did not amount to a deliberate and wilful breach of the rules” because Mr Pound was unaware that he was contravening MP rules.

The report into Mr Pound’s behaviour stated that the committee and the commissioner accepted that the 71-year-old did not seek or receive any personal benefit from the events he organised at Westminster, having donated all the money he received to charity.

In setting up the various events on the parliamentary estate, Mr Pound was “acting in a public-spirited manner, using his own time to disseminate information about Parliament and to confer educational benefits”, the report concluded.

Given the “strong mitigating factors” involved, the committee recommended no further action be taken against Mr Pound.