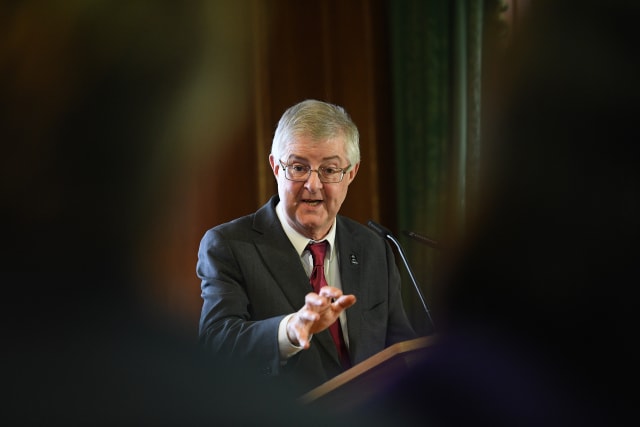 A health board failed to report daily coronavirus death figures because it used a different recording system to the rest of Wales.

First Minister Mark Drakeford said a draft report indicated there was a separate reporting mechanism at Betsi Betsi Cadwaladr University Health Board in North Wales, and he expected the discrepancy to be “put right”.

The health board, which has been in special measures since 2015, chose not to use an electronic system set up by Public Health Wales.

On Friday there appeared to be a sharp rise with 110 reported deaths, but the sudden increase, compared with 17 the day before, was because 84 deaths were confirmed between March 20 and April 22 within the Betsi Cadwaladr area.

Mr Drakeford told the Welsh Government daily briefing that a draft report was on his desk and he expected the final version to be ready by the end of the day.

“I said on Friday that ministers and the public in Wales deserved to be able to rely on the figures that Public Health Wales publishes every day,” Mr Drakeford said.

“It is likely to point to the fact that not all the parts are using the same reporting mechanism. I will expect that to be put right.

“If there are other issues that the report uncovers then I would expect both health boards and Public Health Wales to address those issues, so we can all be sure that the figures we are presented with are as reliable and accurate as they need to be.”

Mr Drakeford said that although the numbers of reported deaths had increased, it had not affected the advice he was receiving from medical and scientific experts.

“The pattern is the one we have been regularly reporting on over recent weeks and the fact that we have had to make those adjustments in one aspect doesn’t have a wider set of implications for the scientific advice that we get from either Sage or the chief medical officer,” he said.

“Wherever you live in Wales, you are entitled to expect figures published by our system are figures you can rely upon.”

Opposition parties have called on the First Minister to publish the report and he said he would release the conclusions and recommendations.

“I think what people in Wales will want to know are what are the conclusions of that report,” he said.

“Even more importantly, what are we doing to respond to those conclusions, so if there are problems we know they have been put right, and I am certainly committed to putting those conclusions and those solutions into the public domain.”

In the daily figures reported by Public Health Wales, a further eight people have died after testing positive for coronavirus, taking the total in Wales to 796.

An additional 203 people had tested positive for Covid-19, taking the total number of confirmed cases to 9,280.

It also emerged that more than 56 million pieces of personal protective equipment (PPE) have been provided to health and social care workers in Wales during the outbreak.

“We have provided PPE to hospital and primary care staff, including to all pharmacies, emergency dental clinics, optometrists and GP surgeries,” Mr Drakeford said.

“We are making deliveries twice a week to local authority stores for onward distribution to social care settings.

“Unlike in England, PPE for care homes is free in Wales.”

There was also “an uptick” in people not sticking to lockdown rules in urban areas of Wales, Mr Drakeford added.