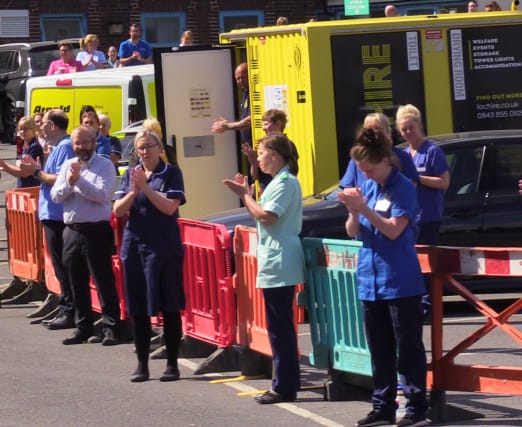 Colleagues of a much-loved consultant who died after contracting Covid-19 have paid tribute to him outside the hospital where he worked.

Scores of nurses, doctors, paramedics and other healthcare workers, many in scrubs, stood outside the front of Doncaster Royal Infirmary on Monday to clap for Medhat Atalla.

The consultant geriatrician, who died last week, moved to Britain from Egypt about 20 years ago and his colleagues said he cared for elderly people on three continents, including across the north of England.

In a statement last week, Doncaster and Bassetlaw Teaching Hospitals medical director Tim Noble and chief executive Richard Parker described him as “a very special human being who practised medicine across three continents throughout his career, affecting the lives of so many in such a positive way”.

They said: “He was a truly gentle gentleman and he will be hugely missed by us all.”