£82bn worth of property sales ‘on hold’ amid coronavirus lockdown 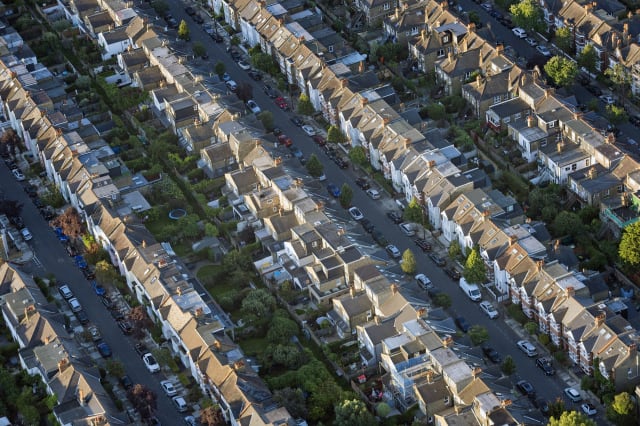 Around 373,000 property transactions, with a total value of £82 billion, are now on hold due to coronavirus lockdown measures, according to estimates from Zoopla.

The majority of the sales, which Zoopla said are worth just under £1 billion in estate agency fee income, were agreed between November 2019 and February 2020.

They would have been set to complete between April and June.

Zoopla said the number of sales being agreed is running at a tenth of the levels recorded in early March, with volumes similar to what would be expected around Christmas time in late December.

The Government has said that, where a property is currently occupied, home-movers should do all they can to amicably agree alternative dates to move.

People can still continue to move in limited circumstances, such as in cases where the property is vacant.

Joanne Robinson, 40, a property lawyer who was previously renting in London, has agreed to buy a property in Amersham to be closer to her work.

She said: “Things are completely up in the air for me at the moment…

“Moving from central London to Amersham is crucial for my work and the home I have bought is absolutely perfect for my needs now.

“Keeping in close dialogue with the current owner is helping to keep things alive and kicking. As soon as an exchange date is set, I’m sticking my blow-up bed in a hired van and moving myself to Amersham.”

Zoopla said the rate of sales falling through peaked on March 23 – the day stricter social distancing measures were imposed.

Demand from would-be buyers fell by 70% between the start of March and the week ending March 29. The fall in demand bottomed out in early April and has since seen a slow improvement, Zoopla said.

Buyers can still go online to do “virtual viewings” of properties they are interested in.

Guy Gittins, managing director of estate agents Chestertons, was quoted by Zoopla as saying: “Chestertons has had a number of sales exchange and complete every week since lockdown, including one property last week in central London with an asking price of £7.5 million and another which was completed in under seven days after the buyer did a virtual viewing.”

Zoopla’s report said that, over the past two weeks, demand for housing in cities across northern England has rebounded more strongly – notably in Manchester, Liverpool and Leeds.

These are all cities where 2020 started strongly and where housing affordability remains attractive, and where we could see a faster bounce-back when restrictions lift.

By contrast, higher value cities such as Cambridge, Edinburgh and Southampton have not yet recorded any material improvement in demand over the past few weeks, according to the report.

Zoopla now expects the number of completed sales across the UK this year to be around half of 2019 levels.

Richard Donnell, director of research and insight at Zoopla, said: “Parts of the market are at a virtual standstill as a result of the physical restrictions that have stopped new supply coming to the market and the viewing of homes for sale.

“However, the online browsing of homes for sale and buyers expressing interest in property have been rising off a low base over the last two to three weeks.

“Demand for housing is still 60% lower than at the start of March, but we expect interest in housing to continue to improve slowly. Northern cities have seen the strongest improvement in underlying demand although levels remain half those at the start of the crisis.

“Sales continue to be agreed in low volumes by purchasers who viewed homes ahead of the lockdown, but there is a large pipeline of agreed sales held up by the temporary suspension of the sales market worth £82 billion.

“These homes represent just under £1 billion in estate agency fee income. In addition, these sales will generate associated spend resulting from housing transactions that can stimulate economic activity.”