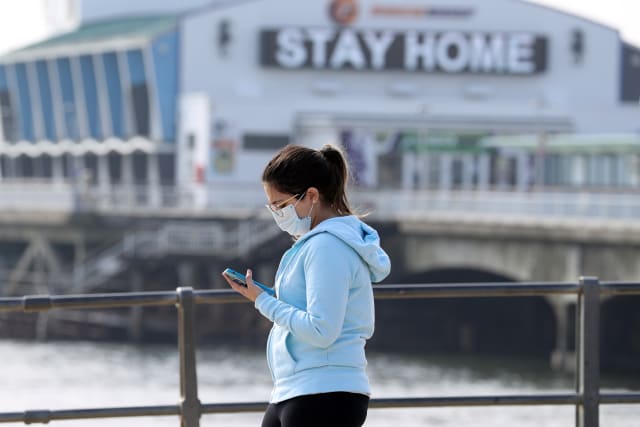 A contact tracing app could prevent one Covid-19 infection for every one to two users who download it, according to an expert advising the Government.

Professor Christophe Fraser, from Oxford University’s Big Data Institute, said that the traditional way of contact tracing is not quick enough because of how rapidly the virus is passed on.

Academics from the university are advising NHSX, the health service’s digital innovation unit developing the app, which would alert users if they had come into contact with someone who had tested positive for Covid-19.

Prof Fraser told BBC One’s The Andrew Marr Show that around 60% of the population would need to download the app – which could be released “within weeks” – to prevent a resurgence of the outbreak.

“We found that when we projected over the next three months, for every one to two users who download the app and who adhere to instructions, you’ll prevent one infection,” he said.

“For this intervention alone to stop resurgence of the epidemic, about 60% of the population would have to use the app.

“Now that number may be a bit smaller if there are other interventions going on, which we hope there will be, social distancing, large community testing, and indeed manual contact tracing.”

Prof Fraser said the app addresses the problem that around 50% of transmissions occur before a person shows symptoms – calling it a “very rapidly transmitted virus”.

He said: “The app is solving a specific problem, which is how do you get the message that you’re at risk and empower you to take measures to protect your friends, your family, your colleagues and the people you have been in contact with.”

Experts are aiming to release the NHS app “within weeks”, he told the programme, while a configuration is being developed for healthcare staff who could be exposed to Covid-19 whilst at work.

Asked if he thought pursuing a contact tracing app earlier could have saved lives, Prof Fraser said: “I think so.

“I worked on the Sars epidemic in 2003 and testing and tracing is really a cornerstone of how you stop a serious infection.

“And I do think that strategy scaled up is tremendously effective.”

He estimated that between 3% and 10% of the population could now have had the disease.

“There’s uncertainty around this but I would say nationally, somewhere between sort of three and maybe up to 10% of the population would have had coronavirus by this stage,” he said.

“We’re still waiting for the definitive studies based on immunological assays, but this is based on our understanding base of the spread of coronavirus.”

Asked if it could be “several million people, up to six million”, he replied: “That kind of figure – probably a bit less.”