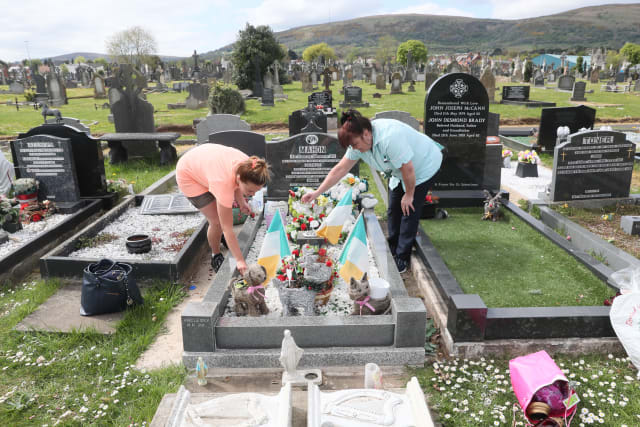 Cemeteries have reopened in Northern Ireland in one of the first significant adjustments to lockdown rules.

Restrictions have been put in place at some graveyards in an effort to limit the spread of coronavirus.

A one-way system and a cap on numbers was implemented at Londonderry’s City Cemetery.

Milltown in West Belfast was busy with queues of people waiting to gain access.

Relatives watered plants on graves and tended to plots which have been closed since the introduction of social distancing restrictions last month.

Roselawn and the City Cemetery in Belfast will open on Tuesdays, Thursdays and Sundays to allow people to adhere to social distancing rules.

On Friday, the ministerial executive at Stormont agreed to reopen cemeteries following calls from the public and church leaders.

Sinn Fein initially resisted a move which was supported by unionists.

First Minister Arlene Foster said it was about “balancing public health concerns with the basic human need to visit a loved one’s grave”.

The legislation changed on Friday night after the executive discussed the matter during a meeting in Belfast.