Sage ‘absolutely about scientists and experts’ amid Dominic Cummings row 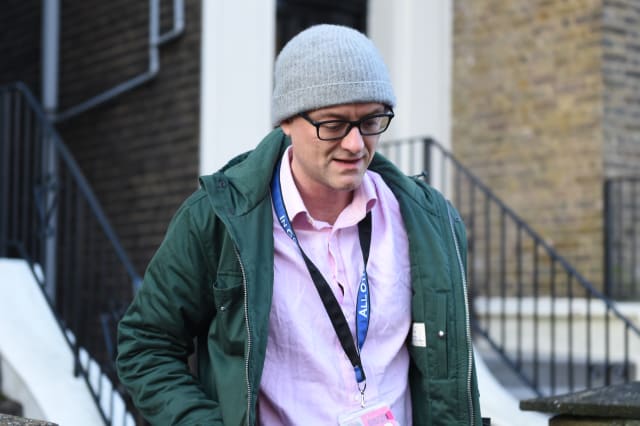 The medical director of NHS England has declined to comment on whether or not Boris Johnson’s chief adviser Dominic Cummings made contributions to a meeting of scientists advising the Government on the coronavirus outbreak.

Downing Street has dismissed claims its scientific advice could be politicised following the disclosure that Mr Cummings has attended meetings of the Scientific Advisory Group for Emergencies (Sage).

Professor Stephen Powis, one of the few publicly-known members of the panel, emphasised it was a “scientific discussion” when asked about what contributions Mr Cummings made to meetings.

He told a Downing Street briefing on Saturday that his experience of Sage has “absolutely been about scientists and experts”.

He added that the group then provides advice to Government officials “in terms of the scientific basis of the choices that Government quite rightly has to make as elected representatives”.

“The advice comes from those scientific experts to Government, and Government officials, that’s exactly what Sage is set up to do.

“And that is exactly what my experience is of the way Sage works.”

The controversy over Sage – which will advise ministers on the lifting of restrictions – came after The Guardian reported that Mr Cummings had been present at key meetings.

The newspaper reported that Ben Warner, a data scientist who worked with him on the Vote Leave campaign in the Brexit referendum, had also been present.

In a strongly worded statement, a No 10 spokesman confirmed that Mr Cummings and Dr Warner had attended or listened in to Sage meetings, but denied they had in any way affected the group’s advice.

“Sage provides independent scientific advice to the Government. Political advisers have no role in this,” the spokesman said.

“The scientists on Sage are among the most eminent in their fields. It is factually wrong and damaging to sensible public debate to imply their advice is affected by government advisers listening to discussions.”

The spokesman said Mr Cummings and Dr Warner had been seeking to better understand the scientific debate around coronavirus, as well as the limits as to how science and data could assist Government decision-making.

“Occasionally they ask questions or offer help when scientists mention problems in Whitehall,” the spokesman said.

Shadow health secretary Jonathan Ashworth said the disclosure raised “significant questions” about the credibility of Government decision-making, and called for “full transparency” on who attends the meetings.

The Government has never released a list of Sage members or attendees – although individual members can disclose they are part of the group.

The panel of scientific and medical experts is chaired by Sir Patrick Vallance, the Government’s chief scientific adviser.

In a letter to Parliament earlier this month, Sir Patrick said the decision not to disclose its membership was based on advice from the Centre for the Protection of National Infrastructure (CPNI).