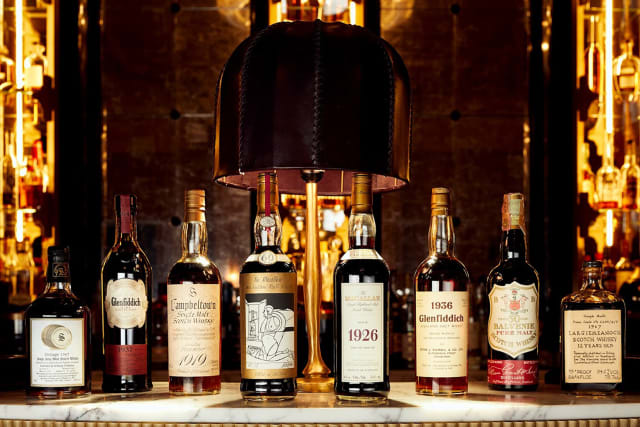 The final phase of a record-breaking online whisky auction has been postponed indefinitely after being targeted in a cyber attack.

The first part of Richard Gooding’s The Perfect Collection, consisting of more than 1,900 bottles, sold for more than £3.2 million earlier this year.

The second phase, made up of 1,958 lots, went up on the Whisky Auctioneer website on Monday April 10.

Highlights included one of the world’s most sought-after whiskies, the Macallan 1926 Fine and Rare 60 Year Old, which was expected to fetch more than £1 million.

Bidding was due to close at 7pm on Monday but was postponed for 48 hours, initially attributed to “abnormal excessive loads on the website which caused some technical issues”.

Now, a statement on the website of the Perthshire-based firm states the sale was targeted by cyber criminals.

It states: “At approx. 22.30 (BST) on 21 April, WhiskyAuctioneer.com experienced a targeted, technologically sophisticated, sustained and malicious attack on our website and databases.

“As a precaution, we have been in touch with our valued customers who may have been impacted by this, so please check your inboxes and follow the suggested next steps.

“The website is currently offline whilst we continue to actively investigate this. The auction of The Perfect Collection: Part Two has been postponed indefinitely with further updates on this and future auctions to follow.

“We extend our apologies to those who are disappointed in the postponement of the auction and those who may be impacted by the attack.

“The team here is working extremely hard to investigate this and minimise the impacts on our valued customers as a result of this situation.

“We take data and cyber security incredibly seriously and have put in place continuously improving safeguards in line with the latest technology available and we will work to keep you informed throughout the process – thank you for your understanding.”

Mr Gooding, a former PepsiCo bottling magnate, built up the collection over decades and it was the world’s largest of its type to go under the hammer.

He regularly travelled from his home in the US to Scotland with his pilot to source special bottles at auctions and distilleries before his death in 2014.

During the first phase of the sale, Whisky Auctioneer became the first site to sell a million-dollar bottle, with several other lots achieving hammer price world records.