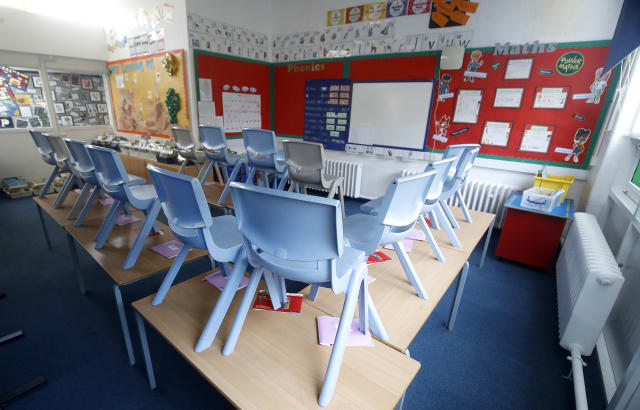 Almost 150,000 people have signed a petition urging the Government to reconsider a last-minute U-turn on financial support for nurseries which owners say could put some out of business.

The Government announced it would limit the amount of financial support childcare providers who receive “free entitlement” funding can receive through the Coronavirus Job Retention Scheme.

The policy change followed previous guidance published by the Department for Education four weeks ago, meaning owners who had budgeted on the basis of those figures had to rip up their plans.

Owners have struggled with reduced or zero fees for some children, while still having to fund large overheads for their businesses, on top of paying staff.

Nearly 150,000 people have now signed a Change.org petition started by nursery owner Laura Wilkinson calling for a reversal of this decision.

The owner of two nurseries in the Tipton area of the West Midlands called it unfair, saying: “Many settings had made decisions based on information they had and now this change will possibly mean amazing, reliable hard-working staff being laid off, made redundant and even settings closing.”

She was concerned that many young children would need extra help after the lockdown ends, and feared the impact on them if nurseries have gone bust in the meantime.

Ms Wilkinson said: “People are losing their jobs and this was the reason the Government set up the scheme – to create a safety net during these hard times.”

The Early Years Alliance, which represents pre-school providers, said the petition showed the strength of opposition to the change.

It said while the Government deciding not to fund staff pay twice – through free entitlement funding and the furloughing scheme – was “reasonable”, it was not fair that the change came after a month.

Chief executive Neil Leitch said: “It is vital that the Government reverses this decision as a matter of urgency, and provides the financial support needed to ensure that early years providers can remain sustainable not only throughout this crisis, but beyond, so they can continue to provide the childcare places that children and families need.”

Nursery manager Steph Koch, 31, heard on Friday that she was being made redundant from her job at a small pre-school provider in North Shields, North Tyneside.

She explained that the business which was set up less than a year ago was struggling to fund its staff during the lockdown.

The mother-of-two said: “I am positive schools and nurseries will start to reopen soon.

“The Government should be thinking that if nurseries are having to close down, where are parents going to send their children when things get back to normal?”

A Department for Education spokesperson said: “We have already confirmed that we will continue to fund councils for the free childcare entitlements for the duration of these closures, as we ask settings to
remain open where needed for children of critical workers and most vulnerable.

“To support them with this, we are relieving some of the burdens on staff during these challenging times, temporarily changing some of the requirements of the Early Years Foundation Stage framework and providing significant financial support, including a business rate holiday for many private providers.

“We have set out further clarity on other support available, including eligibility for the Coronavirus Job Retention Scheme where an employer receives Government funding.”