Co Down athlete runs marathon in his living room 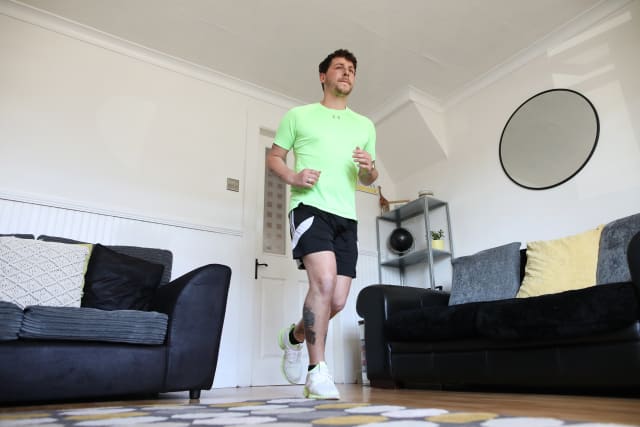 A Co Down athlete who ran the equivalent of the London Marathon around his living room has paid the price in sore feet.

Col Bignell had been looking forward to travelling to the famous race involving thousands of people.

But the event was postponed until October due to coronavirus restrictions so he decided to do solo laps of his living room with friends and family for support.

That involved going back and forth thousands of times and besides the lost momentum the twisting motion took its toll on his feet.

He said: “It is definitely completely different from doing a normal run.

“The blisters on my feet are crazy.”

The 26-year-old, originally from London, dared his Facebook friends to give him the push to do it and has received more than £1,000 in sponsorship.

It was his first marathon, and his fiancee kept him supplied with chocolate raisins, iced lollies and other sugary snacks.

Family and friends contact him on Facetime every half hour to keep his spirits up.

He said: “It went really well.

“I originally intended to split it over the weekend but it went really well so I thought I would go on.”

The retail worker said he wanted to mark the day he had been due to run his first marathon.