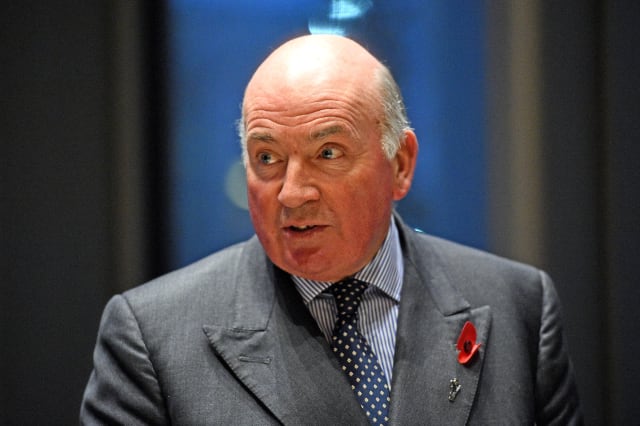 The coronavirus pandemic has been “deep and difficult” – and “mistakes will have been made”, the former head of the British Army has said.

But General Lord Richard Dannatt, who served as chief of the general staff from 2006 to 2009, said the UK’s leaders were “doing their best” amid the “uncharted waters” of the Covid-19 crisis.

He also hailed the work of the armed forces and frontline NHS workers to support the country through the effects of the disease outbreak.

Speaking to the PA news agency, he said he was “not going to offer any criticism of our leaders” who were “doing their best in difficult circumstances”.

“It’s not my job to give marks out of 10 for the Government,” he said.

“But what I will say is that we’re in a situation that nobody had envisaged.

“It’s a more deep and difficult situation than I think anybody could have contemplated.

“I think good people are trying to do their best. Mistakes will have been made, things could have been done differently.

“But I think we’ve got to give as much credit as we can find in our hearts to our leaders who are doing their best in uncharted waters and in very difficult circumstances.

“And if the military is able to play any role in helping them, then I think we’re privileged and happy to do so.”

As chairman of the National Emergencies Trust (NET), General Lord Dannatt said he has “never been busier”.

Set up in the wake of the Grenfell Tower fire and Manchester Arena bombing, the NET has raised £50 million to help support people struggling during the pandemic, Lord General Dannatt said.

With Chancellor Rishi Sunak providing an additional £20 million, the funds will be distributed through the Community Foundation Network to small charities and community groups across the country.

General Lord Dannatt said it was appropriate to draw analogies between the coronavirus crisis and wartime.

“I think the idea of us all pulling together, working together, to get through a difficult period of time, I think that analogy of war is very reasonable,” he said.

“And that’s exactly what the Government is trying to do, it’s trying to frame a campaign that will see us all through this.”

He added: “So it’s a big team effort to see us through a commonly held dark and difficult period.”