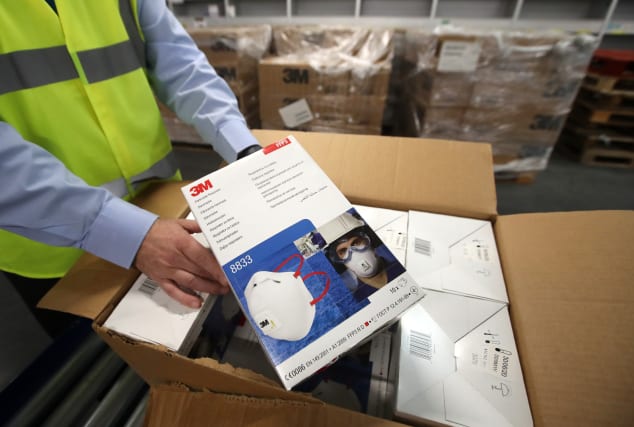 Two Vietnamese children have donated 20,000 medical masks to the UK.

The masks were sent to the UK successfully by the British Embassy in Hanoi last week on a commercial flight which repatriated 100 British nationals.

The embassy tweeted a written response from Gareth Ward, British Ambassador to Vietnam, along with a picture of the two children near Tower Bridge in London.

He wrote: “I am glad that you, who are at very young ages, care about the world and have contributed to the fight against the virus.

“I believe that your gift is really meaningful to doctors, nurses and healthcare workers in the UK, who are working around the clock to fight against the virus and save people’s lives.”

Lucky money is a Vietnamese tradition which sees children given money in a red envelope for the Lunar New Year, as a symbol of good luck and hope.

The Embassy tweeted that the children had been saving their money up for a few years and had chosen to spend it on masks for medical staff.

Mr Ward went on to thank the children for making him feel “hopeful about the future”.

He said: “If everyone plays a part in this fight, I believe that we can overcome this pandemic.”