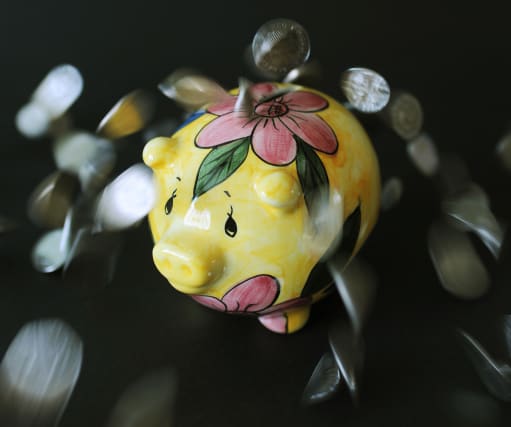 Failed mini-bond scheme Blackmore Bond had been under investigation for months with a top international law firm appointed by investors already worried they may never see their cash again.

News of the probe comes as the PA news agency uncovers new evidence of Blackmore using stock images of models next to testimonials from past investors in its sales brochures.

Law firm Slater and Gordon said it had been looking into “serious concerns” at the mini-bond scheme – part of an unregulated sector that has faced heavy criticism for ripping off savers seeking out higher interest rates.

Lawyers were approached by a client who had invested a large portion of her life savings into the scheme and was worried she might not recover it.

She got in touch with the lawyers after Blackmore missed a promised interest payment to investors in October.

She is one of thousands of investors who have around £45 million trapped in Blackmore, after the company entered administration on Wednesday.

The investment scheme had already missed two interest payouts to its bondholders, with a third due at the end of April.

“This collapse confirms fears that all was not right with this fund,” said Slater and Gordon lawyer Danielle Lewis-James.

“We had some very serious concerns about the way investors’ money had been used by Blackmore long before this news. This is why we have been investigating this fund for some months on behalf of people who had questions about where their money was going.”

Ms Lewis-James added that investors had “felt fobbed-off” after raising questions with the business while it was still going.

The PA news agency can today reveal that Blackmore at one point used stock images next to testimonials from past investors in a brochure.

The 18-page document about the Blackmore Estates Property Bond, which promised 6.5% fixed annual returns with asset-backed security, sports three pictures next to names of people the brochure implies have invested in Blackmore.

One such section reads: “PETER DONALAN is a 52-year-old father-of-three, he has £10,000 to invest which are his savings from three years of bonuses received at his job. Peter is keen on property investment and is attracted by the fact that Blackmore Estates enables him to invest in large scale real estate projects that are managed by an expereineced [sic] team but with a relatively small investment capital. He selcted [sic] the 2 year investment term because he might need to draw on the capital in the short term future.”

However, the picture next to Mr Donalan’s story is a stock image, with photos of the same man having been used to advertise a wigmaker in Sweden, a bakery in the United Arab Emirates, and a Belfast-based company producing memorial items for dead relatives, among dozens of others.

The brochure also names Katherine Barnard, 36, and Sheila Onslow, 46, in a similar way to Mr Donalan. Both images used for the two women are also stock photos.