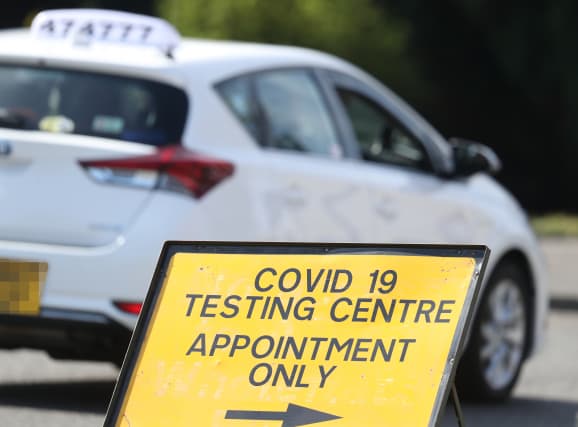 A system to allow testing of key workers and their families for Covid-19 is to go live in Scotland despite problems in England.

Nicola Sturgeon was asked about plans to increase coronavirus testing to a much larger scale as she announced 1,184 patients have now died after testing positive for Covid-19 in Scotland.

This is a rise of 64 deaths on the 1,120 recorded on Thursday, she said during her daily briefing at the Scottish Government’s HQ in Edinburgh.

On Thursday evening, UK Health Secretary Matt Hancock said around 10 million people would be able to book tests via a Government website.

But the site, which only offered tests in England, had to close shortly after opening as slots filled up quickly.

Ms Sturgeon said the Scottish Government will be setting out its scheme for testing essential workers soon.

She said: “We’re ready to go live in Scotland – with the system that the UK Government announced yesterday – today.

“I understand, and it’s perhaps not surprising given the scale of the demand, that the digital portal has had some technical difficulties this morning and is currently not operating.”

Ms Sturgeon said the Scottish Government will set out guidance on which categories of workers can be tested.

Health and social care staff will continue to be tested through health boards, she said.

The second group will be people involved with “critical national infrastructure”, followed by people in “other essential services” and those volunteering in important areas.

She added: “We will wait until the system itself has stabilised and the current technical difficulties that it’s experiencing have been resolved.”

The First Minister also said a total of 9,697 people have now tested positive for Covid-19 in Scotland, an increase of 288 from 9,409 the day before.

Announcing reductions in the number of people in hospital, including in intensive care departments, Ms Sturgeon said this a “growing cause for optimism that the lockdown is working to suppress the virus”.

She said the number of people in hospital with confirmed or suspected Covid-19 is 1,710, a fall of 38 from 1,748 on Thursday, while 141 of these patients are in intensive care, down seven.

Since March 5, a total of 2,271 patients who tested positive for Covid-19 have been released from hospital, she added.

The First Minister said the sacrifices everyone is making are having a positive impact and urged Scots to keep it up as the weekend approaches.

She said: “There’s no doubt that we’ve got a long way to go … but it is equally true to say that we are seeing hopeful signs and so it is really vital that we stick with it and build on the work that we have done so far because by doing that we are right now slowing the spread of this virus, we are protecting our NHS and we are – despite horrible statistics I report to you on a daily basis – we are nevertheless saving lives.”

Ms Sturgeon added more than 250,000 people have now viewed the paper the Scottish Government published on Thursday setting out how lockdown measures could be eased in the future.

But with the risk that easing measures could cause the virus to surge again, she said any moves forward will need to be “baby steps”.