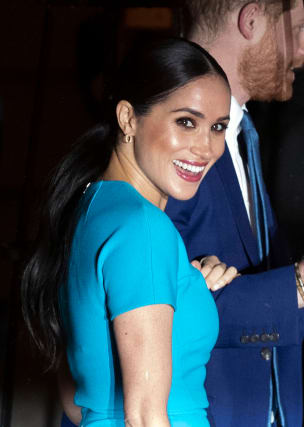 A letter from the Duchess of Sussex to her estranged father was published by the Mail on Sunday to satisfy the “curiosity” of its readers – which the newspaper had “deliberately generated”, the High Court has heard.

Lawyers representing Meghan told a hearing on Friday that the newspaper’s publisher, Associated Newspapers, had, through a series of articles, “stirred up” the dispute between her and her father, Thomas Markle, 75.

The duchess is suing the publisher over five articles – two in the Mail on Sunday and three on MailOnline – which were published in February 2019 and reproduced parts of a handwritten letter she sent to her father in August 2018.

During a remote court hearing, David Sherborne, representing the duchess, claimed the publisher had “harassed” Mr Markle, adding that it had “finally manipulated this vulnerable man into giving interviews” which Mr Markle had later described as “lies and bullshit”.

Mr Sherborne accused the publisher of “stirring up” a dispute between Meghan and her father, and arguing it “caused the very dispute” that it says “justifies the publication of this letter”.

He added: “It is the defendant’s actions in stirring up, creating this dispute that they use as justification for publishing the contents of the letter.”

Mr Sherborne said the case is about privacy, adding that this is “not surprising” given that the publisher “disclosed to the whole world the detailed contents of a private letter of a daughter to her father”.

He claimed this was a “deliberate decision” taken by the publisher to avoid risk of her seeking to prevent publication and also to “secure the enormous ‘scoop’” with such a “highly sensational story”.

He said: “The fact that the letter contained her most personal thoughts … only serves to strengthen this.

“No consent was sought or obtained by the defendant before its contents were revealed to millions of its readers.

“There was no public interest served by the publication, which was neither presented as nor capable of contributing to a debate in democratic society relating to matters of legitimate public interest.

“Rather, it was disclosed with the sole and entirely gratuitous purpose of satisfying the curiosity of the defendant’s readership about the … private life of the claimant, a curiosity deliberately generated by the defendant.”

Mr Sherborne added: “This picture would have painted a proper picture of the claimant’s concerns and the cause for the ‘dispute’ with her father, namely the defendant’s conduct.”

Lawyers for Associated Newspapers previously argued Meghan’s contention that her “vulnerable” father was “harassed and humiliated”, “manipulated” and “exploited” should not form part of her case.

Mr Sherborne also argued that a number of “intrusive and offensive” additional articles published by Associated Newspapers about the duchess should be taken into consideration in support of her privacy action, but not as part of the claim.

Mr Sherborne said: “It is very much about the claimant’s state of mind.”

He added that this was about “the distress she feels about the realisation that the defendant has an agenda and that this is not a one-off”.

“It’s all about distress, it’s not about damage to reputation.”

Mr Justice Warby, sitting at the Royal Courts of Justice with the hearing attended remotely by lawyers and reporters, is being asked by the publisher’s legal team for parts of the duchess’s case to be “struck out”.

It is understood Harry and Meghan have listened online to the parts of the hearing conducted by her lawyers.

The legal action was announced in a highly personal statement, in which the Duke of Sussex accused some newspapers of a “ruthless campaign” against his wife.

Mr Markle, 75, has claimed he felt pressured to share the letter after its contents were misrepresented in a magazine article.

In an interview with the Mail On Sunday, he said: “I have to defend myself. I only released parts of the letter because other parts were so painful. The letter didn’t seem loving to me. I found it hurtful.”