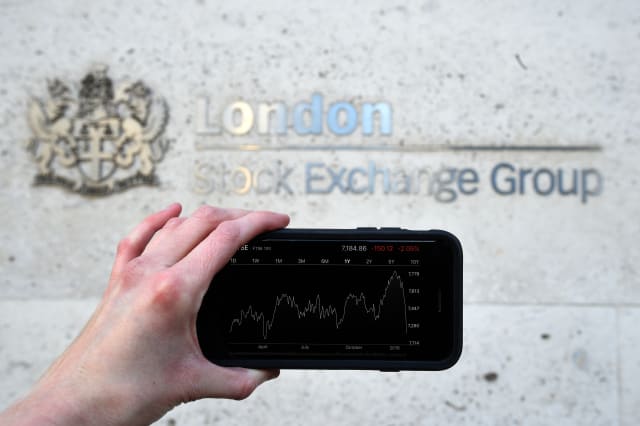 Lingering uncertainty put a dampener on the end of the week in global markets as European politicians remained split over a potential rescue package.

Taylor Wimpey headed up the index for a second day running after it revealed plans to start re-opening sites in May.

Most of the construction sector has been put on hold over recent weeks, as the country remains on lockdown.

“Stocks markets are in the red as traders are a little downbeat on account of the lack of progress in relation to an EU rescue package, as well as the disappointing results for a potential Covid-19 treatment,” said David Madden, an analyst at CMC Markets.

He added: “European leaders are divided about the size of the financial package. There are even deeper divisions over what portion of the scheme will be grants, and what portion will be loans. Broadly speaking, southern European economies are calling for grants, while the northern members are keen on loans. The lingering division is hanging over sentiment.”

At the end of a week dominated by oil markets, Brent crude disappointed those hoping for more volatility, with a mere 1.4% rise to 21.63 US dollars per barrel.

It marks a climb down from last Friday’s price of around 28 dollars but it far off the sub-19 dollar lows the standard reached earlier in the week.

In company news, Burberry’s shares notched up a 3.6% drop on Friday, as the company said its Yorkshire trench coat factory has pumped out more than 100,000 pieces of personal protective equipment for hospital staff.

Burberry also said that it would continue to fully pay staff who can no longer work with it because of coronavirus without leaning on the Government’s furlough scheme for support.

Education publisher Pearson fared slightly worse, dropping 4.1%. The company revealed its ambition to move more of its business online has been accelerated by the coronavirus crisis, as students across the world are stuck at home due to the outbreak.

Persimmon’s shares might have seemed remarkably flat, at 0.2% up, after it announced news that the market should have lapped up – it will become the latest housebuilder to re-open its construction sites.

And finally, Frasers Group, the business run by Mike Ashley and formerly known as Sports Direct, slid by 4.1% even after it resolved a 674 million euro (£588 million) dispute with the Belgian tax man.

It said it took the “decision to settle these matters now given the uncertainty” affecting the company’s finances.