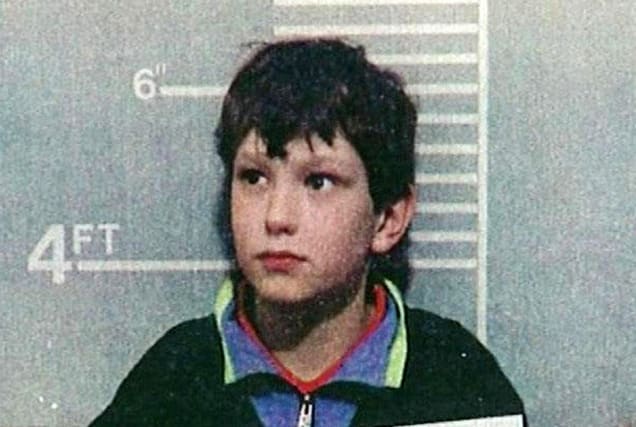 A case has been referred to the Parole Board to consider whether one of James Bulger’s killers should be released from jail.

The two-year-old was tortured and killed by the man formerly known as Jon Venables, and Robert Thompson – who were both aged 10 – after they snatched him from a shopping centre in Bootle, Merseyside, in February 1993.

Venables and Thompson were jailed for life, but released on licence with new
identities in 2001.

Venables, 36, was sent back to prison in 2010 and 2017 for possessing indecent images of children.

He is currently serving a 40-month sentence and passed the half-way mark in October.

On Friday, the Parole Board confirmed a review of his case had been referred and it would now determine whether a hearing needed to take place to decide if he should be released.

There is a suspected monthly backlog of more than 1,000 cases waiting to be heard by the Board due to the coronavirus outbreak.

Efforts are being made to conduct remote hearings or decide cases “on paper” by considering documents where possible and appropriate.

But the board is reluctant to determine certain cases – like those involving murderers, violent and sex offenders and terrorists – without a face-to-face hearing so these will most likely be delayed.

If there is no doubt that Venables should remain in jail, the case will be decided on paper.

But if there is any uncertainty, a hearing will need to take place to consider the risk he presents to the public and whether he can be released, the PA news agency understands.

In August, the murdered child’s mother Denise Fergus urged the board to deny Venables early release and “finally admit this man is a threat and danger to society”, claiming he had shown “no remorse or any signs of being rehabilitated.”

A Parole Board spokesman said: “We can confirm the parole review of Jon Venables has been referred to the Parole Board and is following standard processes.

“The job of the Parole Board is to determine if someone would represent a significant risk to the public after release.

“The panel will carefully look at a range of evidence, including details of the original case, and any evidence of behaviour change.

“A parole review takes place with extreme care and public safety is our number one priority.”

Since the beginning of March, the Board has directed the release of 321 prisoners while refusing the requests of 1,771 others.

So far it has cancelled 39 hearings since the country went into lockdown on March 23 and 1,700 are being reviewed to determine whether a decision can be made on paper or with a virtual meeting.

It has made 2,393 decisions on paper and carried out more than 200 telephone or video hearings.