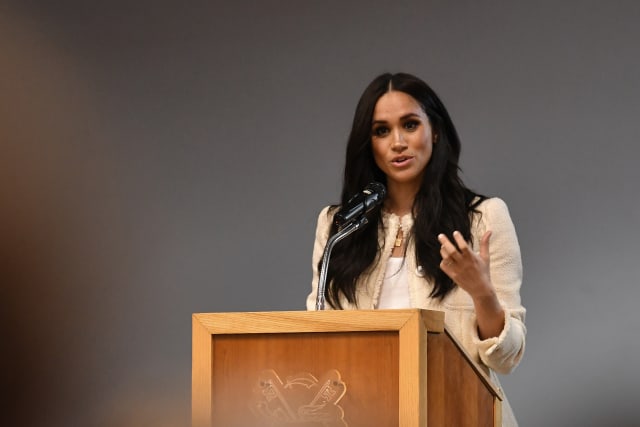 The Duke and Duchess of Sussex are expected to listen in to a virtual High Court hearing in the first stage of Meghan’s legal action against a British newspaper over its publication of a “private and confidential” letter to her estranged father.

It is understood that Harry and Meghan will join in to listen to the part of the hearing conducted by her lawyers.

The preliminary hearing, in front of Mr Justice Warby, has begun with Antony White QC, for Associated Newspapers, making submissions on behalf of the publisher.

Meghan is suing the publisher of the Mail On Sunday and MailOnline over an article which reproduced parts of a handwritten letter she sent to Thomas Markle in August 2018.

The headline on the article read: Revealed: The letter showing true tragedy of Meghan’s rift with a father she says has ‘broken her heart into a million pieces’.

At a preliminary hearing on Friday, which is being conducted remotely, lawyers for Associated Newspapers are asking the court to strike out parts of Meghan’s case ahead of a full trial of the issues.

The publisher’s legal team are arguing that allegations of “dishonesty and malicious intent” made against it by the duchess should not form part of her case.

Referencing his mother Diana, Princess of Wales, who was a tabloid newspaper staple and died in a Paris car crash while being pursued by paparazzi in 1997, Harry said: “Though this action may not be the safe one, it is the right one.

Mr Markle, 75, has claimed he felt pressured to share the letter after its contents were misrepresented in a magazine article.

In an interview with the Mail On Sunday, he said: “I have to defend myself. I only released parts of the letter because other parts were so painful. The letter didn’t seem loving to me. I found it hurtful.”