We treated Johnson like any other patient, say nurses name-checked by PM 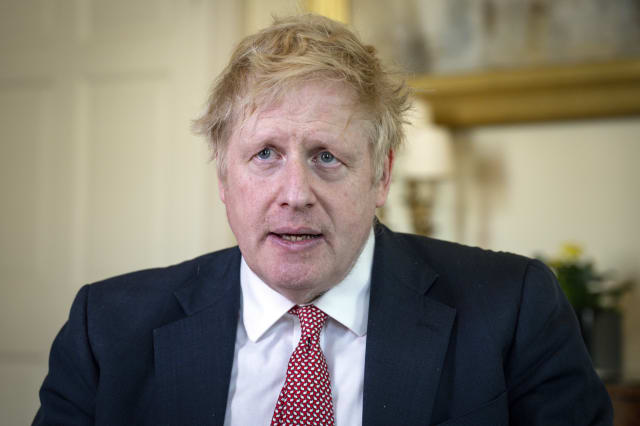 The nurses who cared for Boris Johnson while he fought for his life in intensive care have said the PM was “a patient like any other”.

Luis Pitarma and Jenny McGee were singled out for praise by the Prime Minister after treating him at St Thomas’ Hospital in central London when he was admitted with persistent coronavirus symptoms.

He is recuperating at Chequers, his countryside residence, with Carrie Symonds, his pregnant fiancee.

Mr Pitarma and Ms McGee, from Portugal and New Zealand respectively, were lauded by Mr Johnson for standing “by my bedside for 48 hours when things could have gone either way”.

Mr Pitarma, 29, who revealed he had been inspired by Florence Nightingale, said he was “nervous” after being told he would be caring for the Prime Minister, but said his first conversation with his famous patient put him at ease.

In a statement, Mr Pitarma said: “I was changing into scrubs before my night shift when the matron called me over and told me the Prime Minister was about to come to ICU.

“I had been chosen to look after him because they were confident I would cope with the situation well.

“I felt nervous at first – he was the Prime Minister. The responsibility I was going to hold in my hands was quite overwhelming.

“I didn’t really know how to address him – should I call him Boris, Mr Johnson or Prime Minister?

“My matron reassured me and said to be myself like I am with any other patient.

“I asked how he would like to be addressed and he said to call him Boris.

“That made me feel less nervous because he took away any formality. He just wanted to be looked after like anyone else.

“Knowing that I was watching over the Prime Minister felt quite strange because I’ve never looked after someone high profile before.

Mr Pitarma said he chatted with the Prime Minister about his inspiration Florence Nightingale, who established the first professional nursing school in the world at St Thomas’ Hospital in 1860.

Mr Pitarma said: “I told him how I’d dreamed about working at St Thomas’ since my first day of training in Portugal in 2009, when I learned about Florence Nightingale and her connection to the hospital.

“He said it was amazing that I wanted to work here for so long and was glad I was there when he needed our care. It was a pleasure to look after him.

“I could tell that he was very thankful and happy to receive messages of support from the outside world, provided by his team. They gave him the strength to fight.”

Mr Johnson later released a video message praising the hospital team after being discharged, saying: “The NHS has saved my life, no question.”

He name-checked the two nurses in particular for their care, saying: “The reason in the end my body did start to get enough oxygen was because for every second of the night they were watching and they were thinking and they were caring and making the interventions I needed.”

Ms McGee said she was unfazed by the added pressure of taking care of the Prime Minister, and added Mr Johnson “absolutely” required the urgent treatment.

She told TVNZ: “He was just another patient we were trying to do our best for. It was business as usual.

“When I got in the car after work each night and I could hear things about Boris Johnson on the news, that was very surreal.

“These patients who come in to us, it’s a very scary thing for us so we don’t take it lightly.

“He absolutely needed to be there.”

Ms McGee said she turned her phone off due to being bombarded with messages after Mr Johnson’s public message of thanks, and was shocked when New Zealand prime minister Jacinda Ardern also messaged her.

She said: “On the night that it happened I had to turn my phone off because it was so overwhelming, and when I turned my phone on in the morning people were like, ‘Jenny, you need to look at your Facebook’, and I was called a snob for not responding to Jacinda.

“She’s a hero of mine. I think she’s amazing, she just said how proud she was of me and the country was so proud and it was so heart-warming and that’s something I will never forget.”

Portuguese President Marcelo Rebelo de Sousa contacted Mr Pitarma directly to express his gratitude, inviting his countryman to the presidential palace on his next trip home after travel restrictions are lifted.

The nurse said: “It was quite surreal but I was very proud to get his call. He was thankful for what I’d done, for being a nurse and for representing the country.

“To be thanked by the Prime Minister and the Portuguese president within the same few hours was amazing, I couldn’t really believe what was happening.

“Apparently I’m a celebrity in Portugal now. It’s great to get more recognition for nurses there.”

Both nurses said they are determined to help in the fight against coronavirus.

Mr Pitarma said: “It’s important to me to get on with my job as normal. Other patients need the same level of care as the Prime Minister did. There are lives to save and a team to support.”