Wales lockdown exit plan to be announced by First Minister 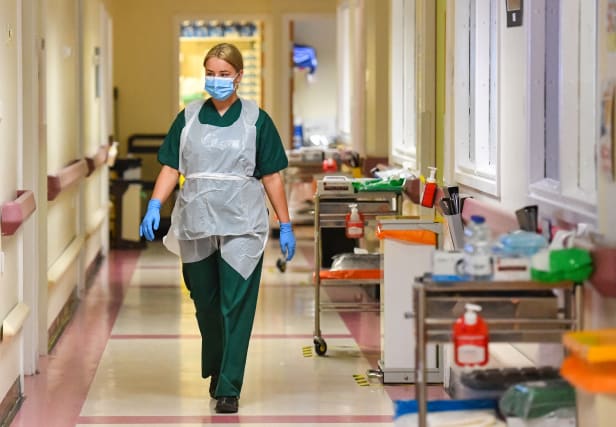 Wales’ exit plan from lockdown restrictions is set to be announced by the First Minister.

On Friday Mark Drakeford will set out seven key questions which will determine when stay-at-home restrictions could be relaxed.

Reminding the public that current measures “are staying in place”, Mr Drakeford will also introduce new regulations to prevent the spread of coronavirus, while adding concessions for people with health problems and disabilities.

The PA news agency understands the seven questions include whether easing would have an effect on the spread of the disease, if there would be a low risk of infection, and whether any relaxed restrictions could be enforced.

Other questions focus on whether easing restrictions could be reversed if needed, whether there would be a positive economic benefit, a positive effect on well being, and a positive impact on inequality.

It comes after Scottish First Minister Nicola Sturgeon published a document on Thursday saying the lifting of restrictions in Scotland will be a phased process, with pubs among the last places to reopen.

England’s Health Secretary Matt Hancock later said Scotland’s proposals were based on five tests set out by the UK Government, before adding: “The UK-wide approach is the best way to go.”

New regulations which will apply to the current lockdown in Wales will also be announced by Mr Drakeford, requiring people who leave their homes to exercise or shop for food not to remain outside after completing their activity.

New arrangements will allow people with particular health conditions or disabilities, including learning disabilities and autism, to exercise more than once a day.

Announcing the changes, Mr Drakeford said: “The changes we are introducing supplement the rules already in force but they respond to some challenges being faced in parts of the country and by families throughout Wales.

“Our message has not changed – anyone can get coronavirus, anyone can spread it. So please, stay home, protect the NHS, and save lives.”

Other changes which will come into force on Saturday, include:

– Extending the two-metre social distancing rule to cafes in hospitals, canteens in schools, prisons, and for use by the armed forces.

– Widening the definition of vulnerable person to include other specific groups or conditions where people could benefit from assistance, including people with dementia.

The Welsh Government has also asked Wales’ four police forces to advise them whether existing requirements to prevent people from travelling to second homes need to be strengthened.