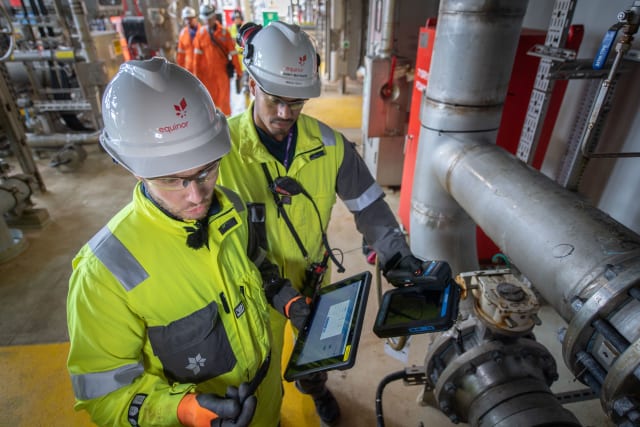 Most oil producers in the UK’s North Sea are still competitive even in the face of massively depressed oil prices, a leading trade association has said.

Oil companies have been squeezed in recent weeks, as the price of Brent crude, the main benchmark used by UK producers, dropped to lows not seen in more than 20 years.

However, although they are in an “unpleasant place”, many oil firms have hedged large portions of their production, giving them a lot more breathing space, said Mike Tholen, sustainability director at Oil & Gas UK.

It means buyers have already agreed to purchase oil from the producers at a price fixed before markets collapsed.

Mr Tholen said: “Many of the companies operating in the basin, mercifully, are not just takers of the current Brent price, but have hedged positions which allow them to take a slightly more long-term perspective on the consequences of the oil price.

“Most of the portfolio in the UK is still competitive at 30 dollars a barrel, albeit it probably doesn’t enjoy 30 dollars a barrel. So there is still the ability to sustain operations at this period, even at current prices if they prevail for a while.”

Oil prices in the US dropped into negative territory earlier this week, with producers paying buyers to take oil off their hands as storage sites brimmed over and demand collapsed.

A similar collapse is still not expected to be repeated in the UK; however, the price of a barrel of Brent oil briefly dropped below 19 dollars, and is still languishing at around 22 dollars.

It is a marked climb-down from the beginning of the year, when prices were around 64 dollars.

The fortunes of the UK’s North Sea industry, which is largely based in Scotland, has always risen and fallen with the price of oil.

An oil price collapse in 2014 had a heavy impact on the economy of Aberdeen, which was once rumoured to have more high-end sports cars than any other UK city.

The city was getting back on its feet after several years in the doldrums, with the economy set to grow by around 1.5% a year over the next decade, according to a local council report released in November.

Mr Tholen said: “The challenge for our supply chain is for us to have sight of how fast activity will return to the basin.”

After five or six weeks “many companies are still trying to get to grips with the full impact on their business”, he added.