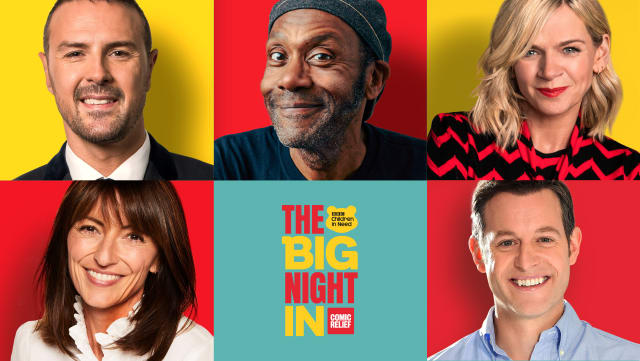 The BBC One fundraising programme Big Night In has kicked off with a number of celebrity performances.

Sam Smith has performed an isolation version of their song Lay Me Down during the programme and David Walliams pledged to name a character in his new children’s book after one viewer.

There were also comedy performances by Dawn French and Miranda Hart.

Chancellor Rishi Sunak urged people to give generously to the programme, saying that the Government would match all donations to the show.

“I’m so grateful to everyone who has donated tonight and don’t forget the Government has pledged to match every pound you donate, so please do give generously.”

YouTuber Joe Sugg also began cutting the hair of his girlfriend Dianne Buswell while the programme was being broadcast.

Buswell said: “I’m actually a professional hairdresser, so you would think it would be me cutting Joe’s hair, but no, the tables have turned and Joe is going to be cutting my hair tonight.”

Two families, one in Leeds and another in Sussex, are also doing lockdown haircuts during the programme.

Sir Lenny said: “It is important to know you may be at home but you are not alone.”

McCall told viewers that the presenters would be observing social distancing rules during the programme.

She said: “Everyone in the studio, we are all two metres apart and we are taking all the necessary safety precautions.”

The collaboration between BBC Children In Need and Comic Relief is fundraising for the two charities.

Money raised by the programme is being split equally between the two organisations to provide support to local projects and programmes across the UK during the coronavirus pandemic.