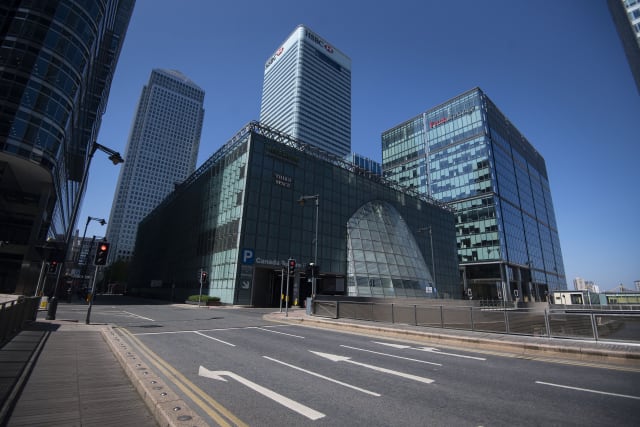 London’s air quality has “dramatically improved” due to a cut in traffic caused by the coronavirus lockdown, Sadiq Khan said.

Figures published by the mayor show that average levels of key pollutant nitrogen dioxide (NO2) at some of the capital’s busiest roads are around half what they were before the pandemic.

This matches preliminary analysis by experts at the University of York which shows that levels have dropped by more than 40% in a number of UK cities in recent weeks.

Mr Khan claimed air quality in London had already been boosted by measures such as the introduction of a pollution charge through the Ultra Low Emission Zone (Ulez) 12 months ago.

Before the lockdown began last month, hourly average levels of NO2 at monitoring sites in central London were 35% lower compared with the same period in 2017.

Since March 16 there has been a further reduction of 27%.

Mr Khan said: “London has one of the most advanced air quality monitoring networks in the world, which has recorded how the coronavirus lockdown has dramatically improved air quality in London.

“But this cleaner air should not just be temporary, as Londoners deserve clean air at all times.

“So once the current emergency has passed and we start to recover, our challenge will be to eradicate air pollution permanently and ensure the gains we’ve made through policies such as Ulez continue.”

He added that it is “critical” for the Government to bear in mind the improvements in air quality as part of the country’s recovery from the pandemic.

The separate data published by the University of York shows that NO2 levels are down by as much as 48% in Leeds compared with the five-year average for the time of year, while Newcastle and Cardiff have seen drops of around 45% and Glasgow has seen levels fall 44%.

Professor James Lee, of the National Centre for Atmospheric Science at the University of York, said the falls began before the official lockdown started, then decreased quite quickly before levelling out at the lower rate.

Looking at data from around 100 sites across the UK, mainly in cities, he said: “What we’ve seen since the lockdown is a reduction in nitrogen dioxide, which is mainly from vehicles, particularly diesel vehicles, quite uniformly in most places and certainly at sites near to roads.

“The amount of traffic has reduced, so we’ve seen this reduction.”

He added: “It’s giving us a window into what the air in cities might be like in 10, 15, 20 years’ time, when the likelihood is the majority of our transport will not be fuelled by burning fossil fuels, it will be more electric.”