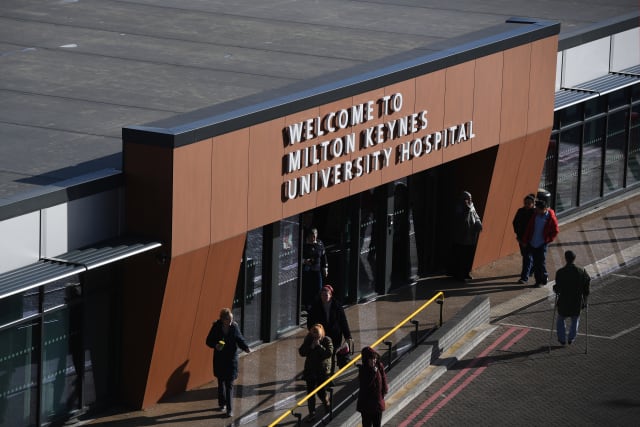 The chief executive of an NHS trust has received a death threat for allowing media access at a hospital.

Joe Harrison, who oversees Milton Keynes University Hospital, said he would not tolerate abuse and violence against his staff and had reported the incident to police.

Writing on Twitter, he said: “Today I received a death threat as CEO of @MKHospital.

“I have never been concerned about giving media access to the hospital I am privileged to lead, because I am proud of my staff & the care we provide.

“Today I worried. I guess that’s what these threats are designed to do.

“The threat came as a response to media access. I have reported 2 police. I welcome debate & will listen to feedback on any issue. Threats like this aren’t a debate. They are meant to frighten & control.

“I do not tolerate abuse & violence against NHS staff & I will call it out.”

The hospital has recently featured in an upcoming programme hosted by Ross Kemp which will celebrate the “heroic efforts” of the 750,000 NHS volunteers during the ongoing coronavirus crisis.

The trust expressed its thanks to the patients and staff involved in the filming online, saying: “Our aim in taking part was to show a true picture of what’s happening in hospitals like ours up & down the country.

“We are so proud of our staff and their incredible work.”