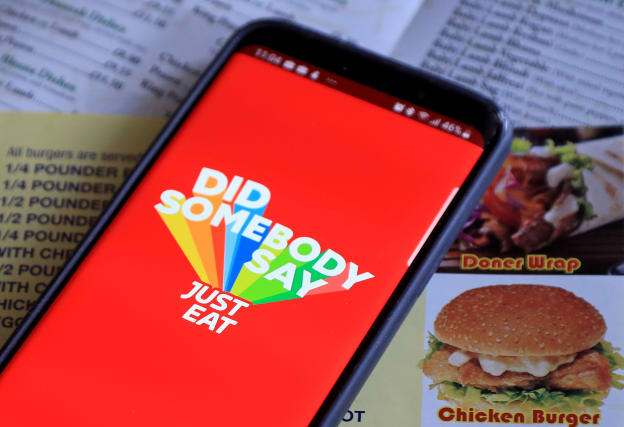 The Competition and Markets Authority (CMA) said it was “satisfied there are no competition concerns” after its probe of the deal.

It had been worried the deal could have impacted competition in the market, particularly if Amsterdam-based Takeaway would have otherwise re-entered the UK food delivery sector, giving people more choice against Just Eat and similar rivals such as Uber Eats and Deliveroo.

But its investigation found there was “not a material likelihood” that Takeaway.com would have re-entered the UK in the future, had the merger not gone ahead.

Colin Raftery, senior director of mergers at the CMA, said: “After interrogating how this deal is likely to affect the UK market, we are satisfied that there are no competition concerns.”

He added: “In this case, we carefully considered whether Takeaway.com could have re-entered the UK market in future, giving people more choice.

“It was important we investigated this properly, but after gathering additional evidence which indicates this deal will not reduce competition, it is also the right decision to now clear the merger.”

Just Eat Takeaway.com was formed in January after the UK delivery giant was merged with its new Dutch owner.

But Takeaway.com had to fight hard for its Just Eat bid after Prosus, a Dutch company owned by South Africa’s Naspers, tried to muscle in.

The two went through a lengthy bidding war, which finally concluded in January when Takeaway’s bid was accepted by Just Eat shareholders.

But the CMA then launched its investigation in January and Just Eat and Takeaway have continued to run as two independent businesses under separate management while the inquiry took place.

Immediately after the CMA investigation was launched, Just Eat shareholder Cat Rock Capital said the regulator’s move was “shocking” and argued that the deal would make the market more competitive.

Just Eat is one of the main food delivery firms in the UK market, while Takeaway.com operates in 11 countries overseas, including the Netherlands and Germany, but has not been active in the UK since it quit the market in 2016.

Both companies’ platforms link customers to hundreds of restaurants or food outlets, where they can browse takeaway options and order online.