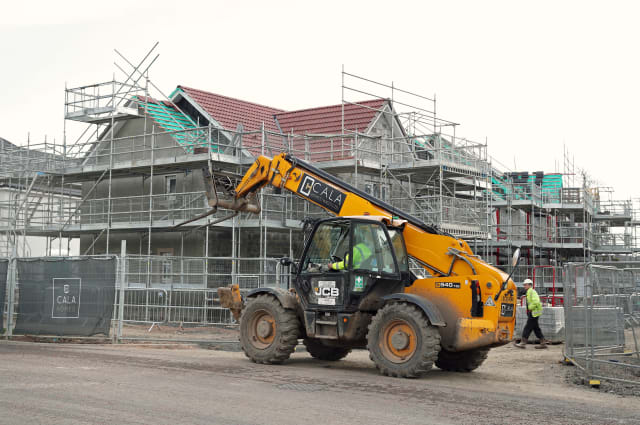 Commodity companies and housebuilders pulled up London’s top market on Thursday, as the price of oil staged a small recovery compared with its 20-year lows earlier this week.

The price of oil, which has been in the doldrums, managed to claw back some ground after tensions flared up again between the US and Iran.

“I have instructed the United States Navy to shoot down and destroy any and all Iranian gunboats if they harass our ships at sea,” US President Donald Trump said on Twitter on Wednesday.

A barrel of Brent crude oil, the international standard, rose in price by 9% to 22.39 US dollars, on fears that supplies from the Middle East could be hit if tensions spill over into conflict.

But it hardly marks a full recovery for the measure, which is still well below last Friday’s price of 28 dollars, and miles off the 64 dollars that a barrel cost at the beginning of the year.

Although London’s top index eked out a gain, it was still rather low compared with many international peers, said Connor Campbell, an analyst at Spreadex.

“The FTSE … had to settle for a 0.9% climb, one that pushed it above 5800. The UK index lagged behind its peers due to sterling’s gains against the dollar and euro, clawing back some of the losses incurred as Brexit reared its ugly head once again earlier in the week,” he said.

In company news, it was the nation’s builders that led the way, as Taylor Wimpey announced it plans to resume work on its construction sites from May 4.

UK engineering firm Meggitt said it would be cutting about 1,800 jobs from global operations as airlines it works for remain largely grounded during national lockdowns.

But investors were pleased by the outlook not being quite as bad as first thought, sending shares up 16.5p to 264.4p.

Retailers all took a dent to their share prices on Thursday, with some investors spooked at a trading update from Ben and Jerry’s maker Unilever.

The company said it has taken a hit to its food service and ice cream businesses as the coronavirus pandemic has kept customers at home, sending shares down 76p to 4,167p.

But shares fell 174p to 7,726p as the economic news and Unilever results took its toll.