Government must be ready with clear guidance if lockdown eased, expert warns 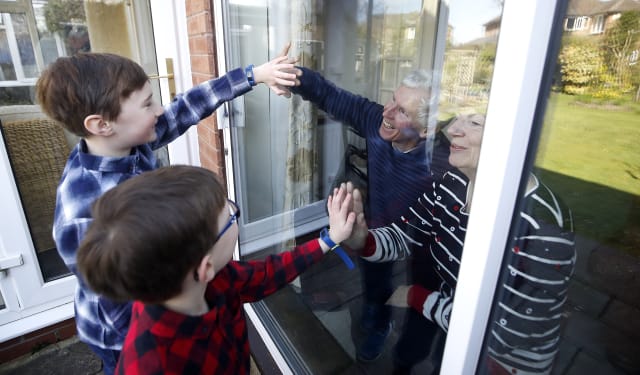 Clear guidance on whether people can safely visit family and friends needs to be ready as soon as any easing of coronavirus lockdown rules is announced, a public health expert has warned.

Indefinite shielding of vulnerable groups such as the over-70s would be “incredibly unpalatable and damaging to families”, Professor Linda Bauld said, as the public clamour for information on what the future might look like continues.

England’s chief medical officer Chris Whitty has said the UK will likely have to live with some form of disruptive social measures for at least the rest of the year.

Scotland’s First Minister Nicola Sturgeon echoed his comments, adding that “a return to normal as we knew it is not on the cards in the near future”.

Prof Bauld, professor of public health at the University of Edinburgh, said international travel is likely to be “strongly discouraged” until the autumn but said clear guidance is needed on whether safe travel within the UK will be possible.

She told the PA news agency: “Would people be able to drive to actually physically see their relatives, in the summer months, when the weather for not all but most of the UK should be reasonable and that contact can be outdoors?

“That’s the kind of discussion Government needs to be having with the population so we can re-establish some of that contact.”

She said it is also “essential” that consideration is given to internal UK travel where flights or ferries are needed for visits between Britain and Northern Ireland as well as the islands off Scotland.

The Government will need to balance attempts to protect public health with the human right to have social contact including seeing family, Prof Bauld added.

Ms Sturgeon published a document on Thursday saying lifting restrictions in Scotland will be a phased process and that people currently shielding are likely to be told to remain indoors.

But Prof Bauld said: “I think isolating people from their older relatives indefinitely is incredibly unpalatable and damaging to families.

She said at the beginning of the pandemic when the lockdown was first brought in, the Government did not appear to have been ready for the detailed questions people had on restrictions, such as how long daily exercise could be or whether those shielding could leave the house at all.

She said: “Basically the Government then had to make up this stuff on the backfoot because they hadn’t thought about different scenarios that the public would be faced with.”

With any guidance there must be “careful communication about what that actually means for individuals in their individual circumstances”, she added, developed based on what is known about virus transmission and what the results have been in other countries.

People need something to look forward to and crave an element of certainty about the future, Dr Rebecca Semmens-Wheeler, a senior lecturer in psychology at Birmingham City University said.

She said: “I understand their (the Government’s) reticence to give specifics but just even giving us an overview of what we might expect, and not a promise, but a ‘look, we don’t know, there’s a good amount of uncertainty here but here’s what you might expect’.

“Just so that we have some idea, because we feel so out of control at the moment and that’s not good for mental health.”