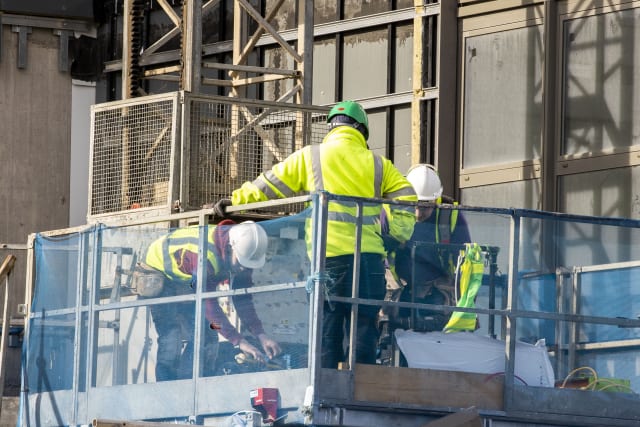 Several former employees of Blackmore Bond started wiping all traces of their involvement with the business months before it collapsed on Wednesday, the PA news agency can reveal.

As investors face more financial pain during the coronavirus lockdown, PA takes a look at founders Phillip Nunn and Patrick McCreesh and the promises their group made to the people whose money they took.

Two years ago Mr Nunn, the founder of the Blackmore Group, seemed happy.

“I am immensely proud of my team for putting the Blackmore real estate division on the map this year,” he said in a gushing post on his LinkedIn page.

The company had raised around £45 million from investors, many of whom were individuals sinking their savings into its impressive-looking returns of up to 9.9%.

It sold so-called mini-bonds, company debt with high returns which is not traded on public markets and not protected by compensation schemes.

Below Mr Nunn’s praise for his team, and pictures of a block of flats the company was building, several people vied for his attention, and his money.

“My company under take (sic) all groundwork and brickwork and have years of experience in construction I now want to do my own developments but require a backer,” said Barry Blythe, director of Fleetwood Construction.

“If you would be interested please let me no (sic).”

“I encourage you to work together with us … will give you the information about our company tomorrow,” said a third.

However, on Wednesday this week everything came crashing down for the 15-year financial services veteran, as he called in administrators Duff & Phelps to oversee the process.

The writing had been on the wall since October when Blackmore missed a promised interest payment to investors.

Documents seen by PA show that Blackmore was already getting demands for payments from a supplier stretching back to September 2019, weeks before investors had their first payment cancelled.

The supplier has since cancelled its contract with Blackmore, with bills still outstanding.

The Financial Conduct Authority has faced criticism for not cracking down on the mini-bond sector, which is not covered by the Financial Services Compensation Scheme that protects investors’ money up to £85,000.

A promised deadline to make up Blackmore’s shortfall in December came and went, and another quarterly payment in January was also missed. A third payment was due at the end of April.

Until the end, Blackmore claimed on its website to have a 100% track record of paying out to its clients, and said that £4.25 million has been paid in interest to investors since 2016.

It added that there were £245 million of development projects in its pipeline.

But in November the Evening Standard catalogued a series of delays at the company’s development sites, with numerous examples of “completed” buildings which were still under construction.

Now PA can reveal that several former Blackmore employees had already removed references to the firm from their public profiles on LinkedIn, a social media platform and CV used by professionals, months before it collapsed.

At the bottom of Mr Nunn’s LinkedIn post from two years ago, he thanks eight men, two of whom have no record of Blackmore on their CVs on the site.

One of them, Ricky Poonia, was appointed as head of real estate for Blackmore around August 2017. It is unclear when Mr Poonia stopped working for the business. A year ago he appeared in a LinkedIn video talking about Blackmore’s projects.

A LinkedIn profile linked to Mr Poonia does not mention his erstwhile employer.

It says he has been director of Dalgety Bay, a “family owned property development and investment business”, since July 2017, around the time he started at Blackmore.

A second man mentioned in Mr Nunn’s post is former Blackmore director Luke Averill, who now runs The Averill Group with his wife.

In February, TAG, as it is known, announced plans for a new housing development with 37 homes in the North West of England.

Mr Averill appears in a LinkedIn picture at the company’s Alston Bank development with former head of business development at Blackmore, Gavin Pearson. Neither man has Blackmore on his LinkedIn CV.

The company’s former head of international, Mark Aitchison, who ran its Dubai office, does not refer to Blackmore on his LinkedIn CV. He now runs other firms in Dubai, including a chain of barber shops, according to the profile.