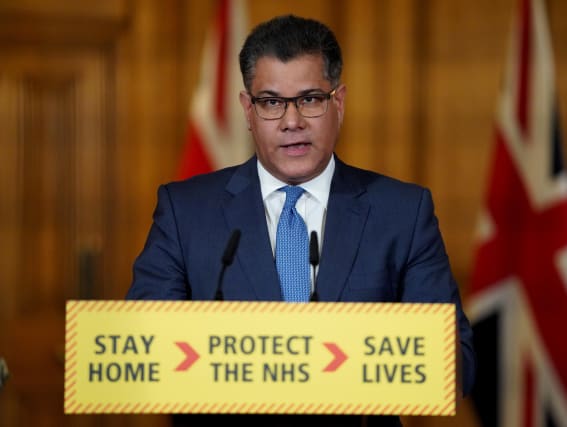 Firms have applied for 2.8 million workers to be furloughed since the start of the coronavirus outbreak, the Business Secretary Alok Sharma said.

He told the Business, Energy and Industrial Strategy Select Committee that the Government had received 387,000 applications covering these employees by 4pm on Wednesday.

He also said that, as of April 19, almost half a million businesses had received grants of £10,000 or £25,000 distributed by local authorities, totalling just over £6 billion.

Mr Sharma’s comments came as new figures from the Office for National Statistics (ONS) revealed more than a quarter of affected firms’ workforces have been furloughed.

The ONS said 27% of workers have been furloughed across 6,150 businesses.

It also revealed less than 1% of the workforce had been made redundant in these firms, but as many as 78% were furloughed in firms that had temporarily closed or put trading on hold between March 23 and April 5.

Latest figures from the ONS also showed nearly a quarter – 24% – of firms have temporarily halted trading in response to the coronavirus crisis.

It said just 21 of the 6,171 firms surveyed in its Business Impact of Coronavirus Survey had permanently ceased trading in the two weeks to March 5, while 75% were continuing to trade.

The ONS also revealed that 66% of businesses that were continuing to trade said their financial performance was outside of their “normal” range, with 93% of these saying turnover was lower than normal.

The accommodation and food services sector had the highest proportion of businesses that said turnover was “substantially” lower than normal, at 87%, according to the report.