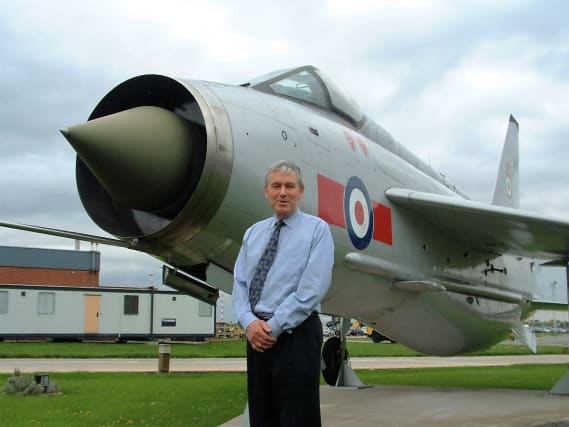 An RAF fighter pilot has recalled being the first to be scrambled to intercept 80 Russian planes off the coast of Scotland exactly 50 years ago.

Within five minutes of an early morning alert on April 23, 1970, 23-year-old Steve Gyles was hurtling down the RAF Leuchars runway in his Lightning, armed with just two missiles.

The warning had said there were “80 plus unidentified tracks (planes) coming round the North Cape” of Norway.

The pilot, who was on Quick Reaction Alert duties and ready to fly within minutes of being scrambled, switched off his radio and radar to make his mission less visible to the Russians and flew in their general direction, over the North Sea, for 25 minutes.

When he switched on his radar he was stunned to see it showing so many Soviet strategic bombers around his mach-2 capable jet.

It was only in recent years that Mr Gyles learned that there was a huge Russian military sea and air exercise going on to mark the 100th anniversary of Lenin’s birth.

At the time, all he knew was that he was to follow his orders to monitor their activity and to photograph their Badger and Bear bombers from both sides and below.

At one point he was tagging behind four Russian bombers when another four flew 500ft over his canopy.

Mr Glyes, who is 73 and lives near Farnborough, Hampshire, said he did not remember thinking that this might be the start of a third world war, but did recall thinking he needed to do as he was trained and to intercept the planes.

In all he spent three-and-a-half hours on the sortie, which required mid-air refuelling sessions, joined by another Lightning pilot and a tanker.

Lightning pilots were routinely scrambled to intercept two or three Soviet bombers heading to Cuba, and on occasions their crew would wave, hold up drinks and even, according to legend, a copy of Playboy.

But this time, possibly due to the close scrutiny of political observers, the Russian bomber crews ignored him.

Mr Gyles, who served in the RAF for 25 years, had never seen such a show of strength before.

He remembered his surprise when he switched on his radar in mid-air, saying: “All you could see were these black dots coming. Everywhere you looked were aircraft.

“As a junior pilot in the squadron, nobody had told me there was an enormous military exercise going on.

“We knew there had been increased activity lately, with lot of scrambles, but the reason for it was not cascaded down to us. We didn’t need to know, we had strict instructions to follow.

“This was a show of strength to demonstrate their enormous hitting power.

“They had come a long way down and could do some real damage to us, if it had been for real, and not across the German Plains, as we had thought, but showing us they could come in various ways.”