Covid-19 has peaked in Scotland and economy should reopen soon, scientists claim 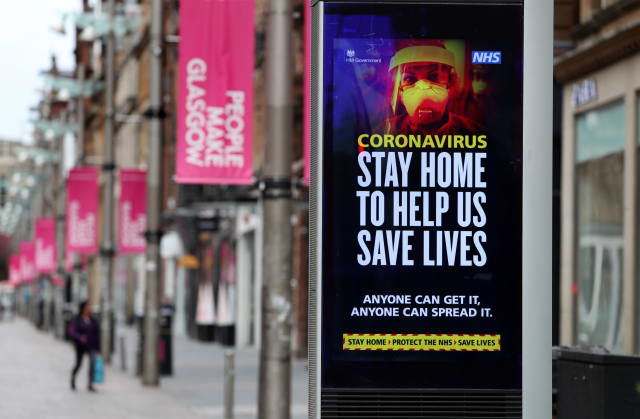 Scotland has passed its coronavirus peak and should get its economy up and running before a second wave in winter, according to scientists.

Professor Carl Heneghan and Jason Oke, of Oxford University’s Centre for Evidence-Based Medicine, have analysed data that appears to show Covid-19 is over its worst north of the border.

Their analysis of the data is that it follows a trajectory from a community peak on March 23, admissions to hospital beds on March 31, ambulance transfers on April 6, deaths on April 9 and ICU admissions being at their highest on April 12.

Prof Heneghan has now called for the Scottish Government to begin opening up the economy as soon as possible to help fight a second wave in winter as he believes the virus is seasonal.

Other studies have suggested it is too early to tell if the Covid-19 virus is seasonal or not yet.

Prog Heneghan said: “We should be responding to this data with speed to get society going. I would be opening up sooner rather than later.

“Coronavirus is seasonal so if we are going to have a second wave we need to be getting our act together for that winter.

“If we have an economy that’s failing going into winter we have problems.

“There’s no evidence we will get a second peak in summer, if people say that it will I’d ask what data that’s based on.”

He added contact tracing and testing needs to be ramped up so society can begin to return to some form of normality.

But the scientist warned hospitals and nursing homes will remain susceptible to the virus for the foreseeable future.

Prof Heneghan called for “perfect” PPE and a plan for disinfecting surfaces regularly in these places.

It said ambulance attendances for suspected Covid-19 patients have fallen by 59% from a high of 650 on April 6 to 269 on Monday.

Ambulance transfers have dropped from a peak of 363 to 156 on the same dates, it said.

The study found the number of confirmed and suspected patients in ICU or combined high dependency units in Scotland peaked on April 12 at 208, while figures for Monday show there were 155 cases.

Daily deaths peaked on April 9 – one day after the peak in England – according to the scientists.

On April 9, Nicola Sturgeon announced 81 more deaths registered of people who had tested positive for Covid-19 than the previous day. On Thursday, this figure was 58.

In its conclusion, the study said: “The Scottish data is an examplar of the data that should be made available in a pandemic to assess transmission and activity.”