Coronavirus loans speed up as more than £2.8bn handed to small firms 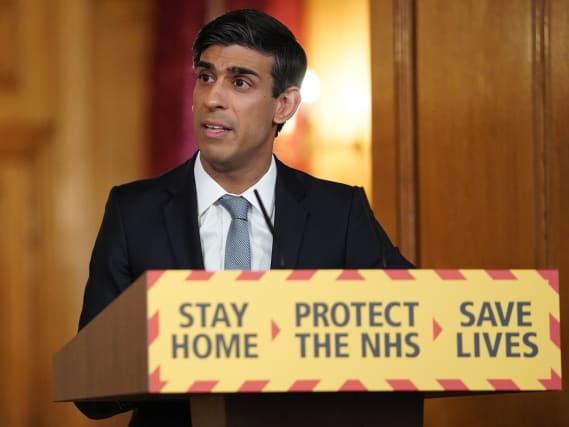 More than £2.8 billion has been handed to smaller businesses in the last week under a government-backed loan scheme to help them weather the coronavirus pandemic, according to new figures.

It marks a doubling of the total amount, and a big jump in the number of processed loans.

More than 9,000 loans for a total of £1.45 billion were provided over the seven days, the figures show.

Businesses have sent more than 36,000 completed applications to lenders so far and the banks and building societies have approved 16,624 to date. Other applications are still being processed, UK Finance said.

“Frontline staff have been working tirelessly to get money to those viable businesses that need it as quickly as possible,” said UK Finance chief executive Stephen Jones.

Last week, UK Finance figures showed that £1.1 billion out of the £330 billion of government-backed loans that the Chancellor promised had made it to smaller firms.

Last week’s figures also showed that less than a quarter of applicants had managed to get support. Just over 6,000 loans had been provided, according to the figures.

However, a speed-up reported in last week’s figures was evident as UK Finance published its new numbers on Thursday.

Confederation of British Industry chief economist Rain Newton-Smith said: “These figures show that much-needed finance is reaching more and more businesses, particularly larger firms. The Government and the banks are putting their shoulder to the wheel in unprecedented times.

“But while the pace is picking up, many firms are still missing out. More loans must get out the door faster for the businesses facing distress, especially smaller businesses.

“Finding quicker and simpler routes for smaller firms to access cash, and extending repayment schedules to encourage more businesses to take them up are two ways that could make a difference.”

Institute of Directors chief economist Tej Parikh called for banks to publish how many loans they are approving.

“More transparency around data would be welcome. Knowing which banks are lending least would provide insight into what’s holding things back on the ground,” he said.