Coronavirus contact tracing to start in Northern Ireland next week 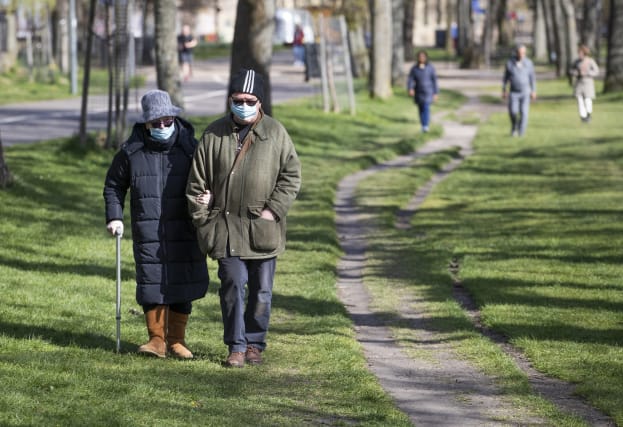 Contact tracing to track the spread of coronavirus is set to start in Northern Ireland next week.

He said it was previously stopped based on “sound public health considerations”, adding that as the nation moves into the next phase it will become “crucially important” to ramp up contact tracing to get on top of local pockets of the virus.

Dr McBride said officials will work alongside colleagues in the UK and the Republic of Ireland using similar digital platforms to share information and enhance tracing.

Earlier health minister Robin Swann warned that Northern Ireland is “not out of the woods yet”, adding that in the absence of a vaccine, planning must be done for a second wave of Covid-19 later this year.

“Modelling has indicated that we are now in the peak of the first wave of the pandemic but it’s too early to confirm whether the current figures represent the peak,” he said.

“And in the absence of a vaccine we will have to plan for a potential second wave of Covid-19 cases later in the year.

“The outbreak has not yet reached the point where some of the restrictions can be relaxed.”

He added that progress achieved by adherence to social distancing could be “lost very quickly”.

However Mr Swann said extra critical care capacity is not expected to be needed in Northern Ireland during the first wave of the outbreak.

Intensive care units at present hold 38 Covid-19 patients and 40 non-Covid, and a total of 56 are being ventilated, Mr Swann added.

He said: “For the time being our latest data modelling indicates that further critical care capacity will not be required during the first wave of transmission in Northern Ireland.”

Northern Ireland has 38 spare adult intensive care unit beds. A total of 197 ventilators are available and further orders will take that to more than 400 if required, the minister said.

Northern Ireland’s worst-case scenario for deaths from the virus has reduced from 15,000 to 1,500, modelling suggests.

The region is planning for a potential second wave of infections once social distancing restrictions are eased.

First Minister Arlene Foster has said Northern Ireland may emerge from lockdown quicker than other parts of the UK.

Mr Swann said testing was being increased as “rapidly as possible”.

As of Wednesday, 16,378 people had been checked for the virus.

Dr McBride said: “We will not test this virus into submission. This virus is not going away. We need to use our testing capacity intelligently.”

Mrs Foster said lockdown measures will be eased when certain scientific and public health criteria are met and not against set timelines or dates.

In an interview with Cool FM, she said the Executive is also set to provide more clarity on whether people should be able to travel to take part in exercise, but she ruled out the introduction of a distance restriction – such as the 2km in operation in the Irish Republic – to ensure people exercised locally.

The impact of coronavirus has not been as severe in Northern Ireland as other parts of the UK. The region had recorded 250 deaths in the pandemic by Wednesday.