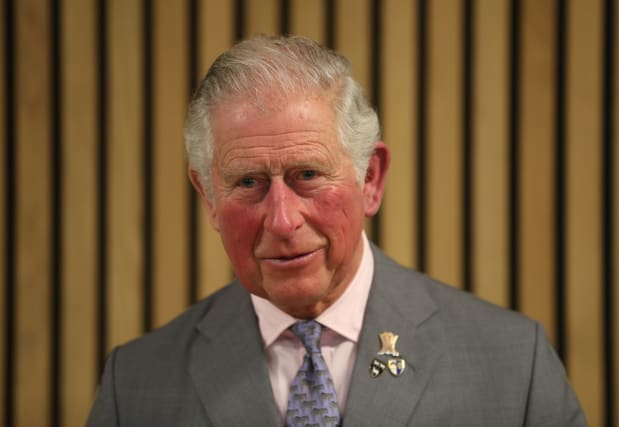 The Prince of Wales has released a touching photograph of himself hugging Prince Louis to mark his young grandson’s second birthday.

In the black and white image Charles is facing the camera, while Louis wraps his arms around his grandfather’s neck.

The picture was posted on the prince’s official Twitter account with the message: “A very Happy Birthday to Prince Louis, who turns two today.”

A birthday cake emoji is featured along with the words: “The young Prince enjoys a hug from his Grandfather, The Prince of Wales.”

It is not known when and where the picture was taken – Charles has been staying at his Scottish home of Brikhall for much of the coronavirus lockdown, where he has recovered from Covid-19.

A series of pictures have been released by the Duke and Duchess of Cambridge to mark their son’s birthday, showing the young prince making a rainbow tribute poster.

Children across the UK have been creating rainbow pictures as a symbol of hope during the lockdown to put in their windows.

Louis has joined the trend and was photographed by mother Kate at their Norfolk home earlier this month with his rainbow-coloured hands on show.

The young prince celebrates his second birthday on Thursday, and his rainbow handprint picture is one of five photos released to mark the milestone.

Louis looks like he is growing up fast in the pictures, with his hair neatly cut and combed and wearing a smart blue gingham-style shirt.

In one image, Kate has captured her son as he grins at the camera while holding up his painted palms and fingers, in another his coloured digits are raised to his cheeks, and in another his face is almost hidden behind his outstretched hands.

The final image is a portrait of Louis as he looks past his mother at something just behind her.

Kate is a keen photographer and patron of the Royal Photographic Society who has regularly released pictures she has taken of her other children, Prince George and Princess Charlotte, to mark their birthdays.

Louis’s artwork is likely to be part of William and Kate’s home-schooling lessons, with the duchess admitting she kept a makeshift classroom up and running during the Easter holidays.

In a recent interview, she said she found teaching her children at home “challenging”, and added with a laugh: “Don’t tell the children we’ve actually kept it going through the holidays, I feel very mean.”

“It’s just having that bit of structure, actually. It’s great, there are so many great tips online and fun activities that you can do with the children, so it hasn’t been all hardcore,” she added.

Kate also revealed her surprise at her children’s awareness about the coronavirus outbreak, and has tackled the subject with them in “age appropriate” ways.

He was christened at 11 weeks old, by Justin Welby, the Archbishop of Canterbury, at the Chapel Royal at St James’s Palace in front of friends and family.

Louis has rarely been seen in public – his most prominent outing was his first appearance on Buckingham Palace’s balcony, following the Trooping the Colour ceremony last summer, with his parents, siblings and other members of the royal family.

But he has featured in a number of images released by William and Kate and was in a video with his older brother and sister applauding the nation’s health workers and carers.