Boris Johnson in telephone audience with Queen during Covid-19 recovery 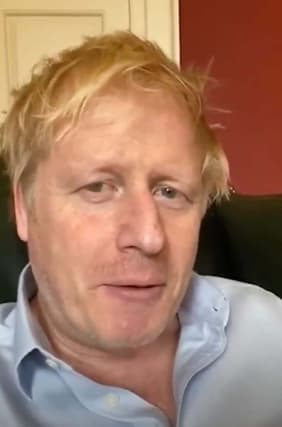 Boris Johnson has held a telephone audience with the Queen from his Chequers country retreat as he continues to make a gradual return to work after being hospitalised with coronavirus.

He also spoke to Foreign Secretary Dominic Raab, who is deputising for him, on Wednesday but the Prime Minister is not carrying out official work and there is no timetable for his return, Number 10 said.

Mr Johnson spoke to US President Donald Trump on Tuesday, but he has not addressed the public since April 12 when he delivered a message after his treatment in intensive care.

His telephone call with the Queen on Wednesday night, confirmed by the PM’s official spokesman, was his first conversation with the monarch in three weeks.

His spokesman said: “He’s being sent regular updates on Government business but it’s still the case that he’s not doing Government work.

“I’m still not in a position to give you a timetable as to when he will be fully back at work.”

The White House said the PM “shared that he is feeling better and on the road to recovery” during the call with Mr Trump on Tuesday.