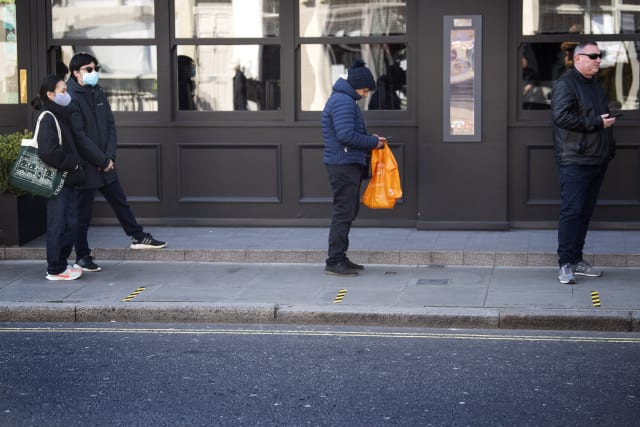 Scientists do not yet know if there is long-lasting immunity from the coronavirus, an infectious disease specialist has said.

Asked whether it was possible that people in Britain could be immune for a few weeks or a month before being able to get or spread the virus again, Professor David Heymann said “that is the question that everyone is trying to answer right now”.

Prof Heymann, who led the global shutdown of Sars in the early 2000s, told a press briefing for the Chatham House think tank: “The answer is that it is not known. It is not known how long antibody protection lasts. It is not known if all of the people can be detected under current testing.

“This is a new virus, so that question cannot be answered.”

It is an issue which has been raised as nations consider ways to try and reintroduce people safely back into society.

Some nations have suggested a type of health passport for people who may have antibodies, and questions remain about possible reinfection.

Prof Heymann said scientists were waiting to see what could be determined about protective immunity from this virus.

He suggested that antibody tests were currently not specific nor sensitive enough to give more information about how the virus was spread in the community.

On suggestions there may be more people who are asymptomatic than previously thought, he pointed out that the only evidence based on the experience of a real-life population came from studies in Singapore.

Stating that for as long as the virus was around, people must keep following social distancing rules, he said: “The figures are that 6% of people who are asymptomatic who go on to develop symptoms could be infectious a day or so before showing signs of symptoms.

“We know nothing in the community yet about those people who are infected and never develop symptoms.”

He also said that “a lot of work” was being done into fears that people who are black, Asian or from an ethnic minority were more likely to be struck down by Covid-19.

Prof Heymann stated that people from ethnic minorities in some societies were not as healthy as other citizens as they did not have access to good public health messages.

He said that studies, which were taking place around the world, may have to take into account whether this group of people had genetic-linked diseases or if they suffered more from conditions such as obesity or were morbidly overweight.

These conditions would be more likely to lead to a poor outcome in an infected patient, Prof Heymann said.

He added: “If that is happening more in any ethnic group than in others, then that would be what is causing increased mortality – not the fact that it is a different ethnicity.”

Prof Heymann also said he could not predict whether there would be a second wave of infections and “nobody else could” make the assessment either.

Most countries understood they had to be “very cautious” when they moved to a step out of the lockdown and policies would need to be developed about schools and mass gatherings.

Prof Heymann added that there would need to be a “sector by sector approach or even a region by region approach” to try and minimise risk.

He said he thought no country would reopen everything at the same time, but added “I maybe wrong”.