Possibility of coronavirus vaccine in next year ‘incredibly small’ 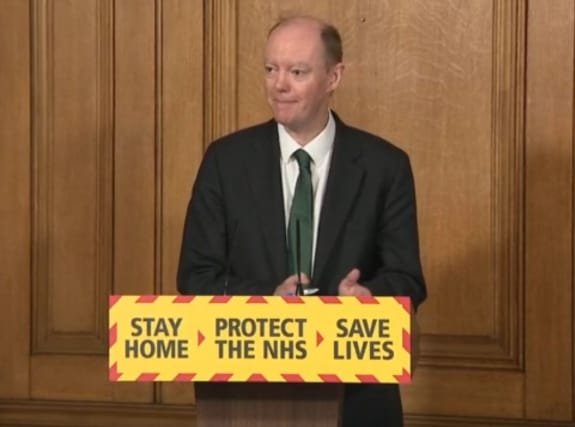 The likelihood of having a coronavirus vaccine in the next calendar year is “incredibly small”, according to England’s chief medical officer.

Professor Chris Whitty said people should be realistic about how long it would take for an effective Covid-19 treatment or vaccine to be developed.

However, he added that he was “very hopeful” vaccines which have proof of concept will be available much earlier than a year.

Speaking at the daily Down Street press conference, Prof Whitty said: “In the long run, the exit from this is going to be one of two things, ideally.

“A vaccine, and there are a variety of ways they can be deployed… or, and or, highly effective drugs so that people stop dying of this disease even if they catch it, or which can prevent this disease in vulnerable people.

“Until we have those, and the probability of having those any time in the next calendar year are incredibly small and I think we should be realistic about that.”

He added: “But there is a long path between having a vaccine that’s proof of concept, and until we have either a vaccine or a drug… what we will have available to us are social measures.”

His comments come on the eve of researchers at the University of Oxford beginning human trials of a vaccine candidate.

Professor Sarah Gilbert, who is leading the team, said if they get the final go-ahead tomorrow morning, two people will be injected.

She told BBC News: “What happens tomorrow is just two people will get vaccinated.

“We just start with two people on the first day, to make sure that everything is well with them, and also that all the procedures are working for the trial and that we are ready to move on to larger numbers.”

Prof Gilbert added that six more volunteers would be given doses on Saturday, moving to larger numbers on Monday.

The team hopes to have at least a million doses ready in September.

Another institution hoping to have a vaccine ready for use by the end of the year is Imperial College London.

Professor Robin Shattock, of the university’s Department of Infectious Disease, said a vaccine may be available for front-line workers and the most vulnerable by late winter.

But it could be 2021 until it is available on a global scale.

Prof Shattock added that he is pretty certain a Covid-19 vaccine will come to fruition, given the number of different approaches scientists are employing.

Prof Shattock told the PA news agency: “If you look at the UK alone, and the fact that we have two vaccines that are progressing quite aggressively – ours and the one at Oxford.

“If they showed the right signal in terms of safety and efficacy, it’s possible that they might start to be used late in the winter, even before they get a marketing authorisation, to be able to protect the vulnerable and front-line workers.

“In terms of it becoming a product that’s marketed, that is unlikely to happen until into next year.

“And as a global solution, I think because you then are talking about making billions of doses, we’re not going to see that until way into next year.”

Prof Shattock’s team had been working on the vaccine approach before Covid-19 appeared, and the approach is based on using genetic sequence as the backbone for the vaccine.

Clinical trials in humans are expected to begin in June and the team will look to recruit healthy adults to test the vaccine.

By October the team hopes to ramp up to a large scale efficacy trial, which would involve up to 5,000 subjects to see if the vaccine works in the wider community.