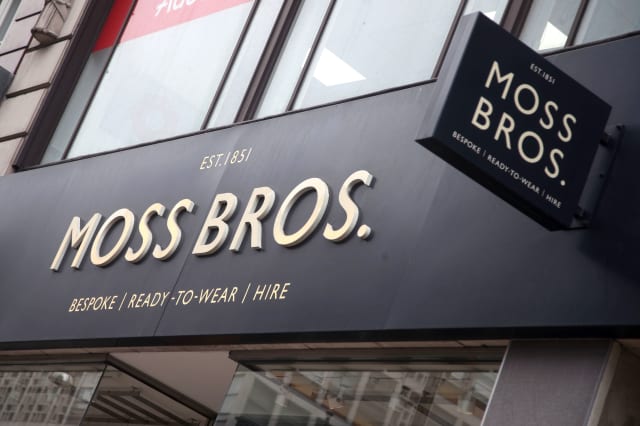 The owner of Crew Clothing is looking to pull its £22.6 million deal to take menswear chain Moss Bros private just over a month after agreeing the takeover.

Moss Bros said Brigadier Acquisition Company was seeking a ruling from the City Takeover Panel to invoke a condition of its offer to scrap the deal.

It comes after Moss Bros was forced to close all its stores due to the coronavirus lockdown less than two weeks after sealing the deal with Brigadier.

Moss Bros said it believes its suitor does not have grounds under City takeover rules to lapse the offer and pledged to “take all necessary action to make its case”.

It added shareholder meetings to approve the deal are still scheduled to be held on April 29.

Brigadier – which is majority owned by Regiment, which is itself controlled by Menoshi “Michael” Shina, the owner of Crew Clothing – agreed to buy the business for 22p per share.

The board of Moss Bros hailed the deal, saying it represents a 60% premium on the previous day’s closing price.

The sale also came after activist investor Gatemore purchased a 10% stake in the company in June.

Since then, the Covid-19 pandemic forced all non-essential retailers in the UK to shut, dealing a hammer blow to the high street.

Colin Porter, chairman of Moss Bros, admitted at the time the deal was announced that “the board is also aware of the risks attached to executing this strategy in the current retail operating environment and as a publicly-listed company”.

He said the board believed the offer reflected the fair value of the group “taking account of the risks”.