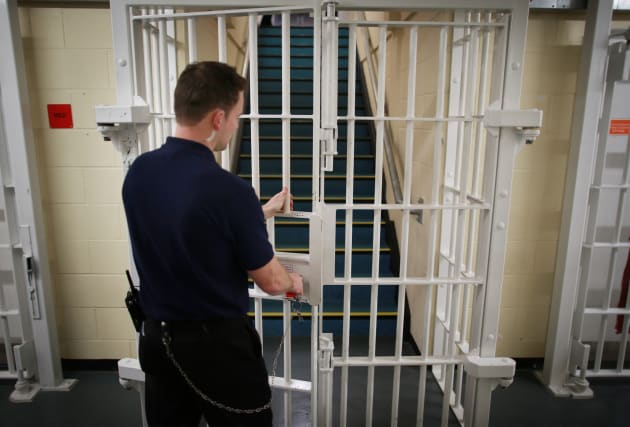 Pressure is being put on ministers to release thousands more prisoners after it was revealed that more than 500 jail staff and inmates have contracted Covid-19.

The Liberal Democrats, in a move backed by prison reform groups, are calling for the Government to temporarily release prisoners deemed “low risk” and who have short sentences left to serve.

It comes as the Ministry of Justice (MoJ) confirmed that 294 prisoners and 231 staff have now tested positive for coronavirus, while the chief inspector of prisoners, Peter Clarke, told MPs this week that 4,000 older inmates were still sharing cells.

At least 13 prisoners are known to have died after contracting coronavirus since the epidemic started.

Ministers were forced to pause a release scheme in England and Wales last week after six convicts were mistakenly released due to an “administrative error”, according to the MoJ.

Other parts of the UK have or are set to release hundreds of prisoners, with Humza Yousaf, the Justice Secretary in Scotland, announcing that up to 450 inmates will start being released from jails next week, while 200 were freed in Northern Ireland.

The Lib Dems are pushing for releases to “urgently” continue in England and Wales, with MPs and peers both pressing for cell doors to be unlocked for those no longer deemed a risk.

Lord German, the former deputy first minister for Wales, will meanwhile use a topical debate in the House of Lords on Thursday to also press the matter.

Ms Cooper, in her letter to the secretary of state, which has been seen by the PA news agency, wrote: “We urge you to urgently end overcrowding in prisons, including releasing prisoners serving short sentences and suspending any new short sentences to slow the spread of the coronavirus.”

In a letter co-signed by all 11 Lib Dem MPs, including acting leader Sir Ed Davey, Ms Cooper said it was “not good enough” that only 18 prisoners had been freed as of April 18, and referred to the Prison Governors Association’s statement that official health advice was to release 15,000 inmates.

Only 14 out of the 70 imprisoned pregnant women the Government committed to give early release to have been freed, Ms Cooper added.

Speaking to PA, Lord German added: “The fact that conditions in our prisons were so already poor has made them a perfect crucible for the disease.

“By ministers allowing coronavirus to spread through our prisons, they are not only failing in their duty of care, but threatening the public health of our communities.”

The Howard League for Penal Reform, which has launched joint legal action with the Prison Reform Trust against the Government’s “insufficient” mitigation, said the opportunity to save the lives of those behind bars was “vanishing”.

Chief executive Frances Crook said: “The Government has admitted that the number of people behind bars must be reduced significantly in order to protect people living and working in prison, as well as the wider public.

“Unfortunately, this has not – and cannot – be achieved by the measures currently in place.

“With coronavirus cases now confirmed in more than half of prisons across England and Wales, the window of opportunity to save lives is vanishing.

“Ministers must rise to the challenge and move further and faster, to avert a public health catastrophe.”

The Howard League has called for the Government to free all prisoners “at particular risk” from coronavirus and relax the need for electronic tagging of those released to allow for greater numbers to be allowed out.

Government lawyers have written to the organisation asking for more time to respond to its demands for stronger action.